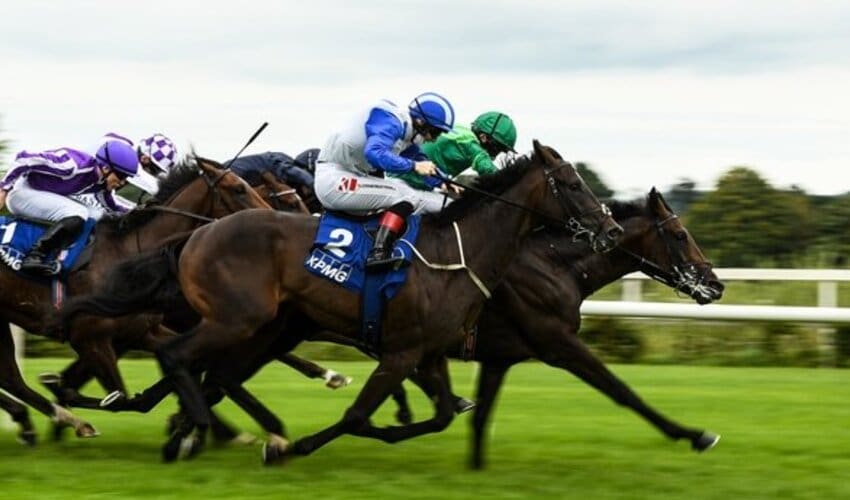 Absent since making a winning debut at the Curragh 11 weeks ago, Atomic Jones (10-1) overpowered the opposition in the final half-furlong to give the Lyons team a fairytale start to Irish Champions Weekend.

Drawn on the inside, Keane took his time on the Wootton Bassett colt who was eighth at halfway. Pushed along two furlongs out, the winner soon made headway on the outer and was ridden to challenge a host of rivals at the furlong marker before edging ahead in the final fifty yards.

A debut winner of a blanket finish to a Curragh maiden in June, it was a similar story here for Atomic Jones with less than a length covering the first five home.

The well-backed 10/3 joint-favourite Stone Age went down by just a head in second with Absolute Ruler, who struggled to find racing room in the straight, a further half a length back in third.

“He’s done for the year I’d say, he’s a real horse for next year over a mile plus.

“He’s a big huge baby and I didn’t even expect to be running him this year, never mind winning two.

“I think he’s typical of the sire, good, strong and dependable.

“We’d always start them at a mile (next year) but I’d say more than a mile will be his trip.”