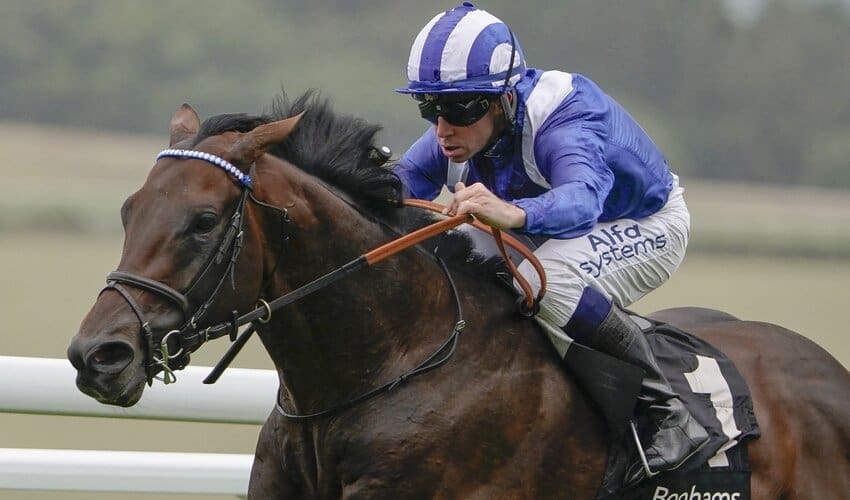 Baaeed bagged his biggest career prize when taking the Group 1 Prix du Moulin de Longchamp to stretch his unbeaten run to five in France on Sunday.

The William Haggas-trained Shadwell homebred three-year-old Sea The Stars colt travelled strongly under Jim Crowley; winning without having to be at full stretch over the mile trip.

The German 1,000 Guineas winner Novemba set the early pace for much of the journey but couldn’t sustain her effort at the business end; with Baaeed sweeping to the front approaching the final furlong.

Order Of Australia stayed on gamely under Ryan Moore to take second and Godolphin’s Victor Ludorum bounced back to form to finish third; clear of Snow Lantern in fourth.

“He looked a bit fresh today, to be honest, “When Novemba came past him, it lit him up a bit and because of where he was drawn he didn’t have any proper cover.

“He just looked fresh and enthusiastic but won nicely and got in a bit of a fight today, which he’s never had to do before. He’s still learning and it’s all part of the learning process. He still had his old ears stuck forward, so I don’t think he was flat out.

“He’s obviously very talented and probably needs to learn a bit more about racing and battling — he wouldn’t be battle-hardened because he’s done everything so easily. That’s something they have to learn through experience.

“On his pedigree, you’d think he could step up to a mile and a quarter one day; but I don’t think that will be this year.”

Baaeed may now head for the Queen Elizabeth II Stakes; potentially for a clash with top milers Palace Pier and Poetic Flare on British Champions Day at Ascot next month.

“I think it very much depends on the weather — I don’t think we’d want to be running him on very deep ground, although it was on the slow side when he won at Goodwood;” Maureen Haggas said when asked where he goes next.

“He’s in the QEII at Ascot and I suppose that’s the obvious target at the moment. Obviously if it went very heavy there, as it sometimes can do, then we would probably think again.

“He’s not done much wrong this year and if he didn’t run again it wouldn’t be the end of the world, but if he stays in good form and the ground remains how he likes it I’m sure we’d have another go.

Follow us on Social Media for instant Baaeed updates!