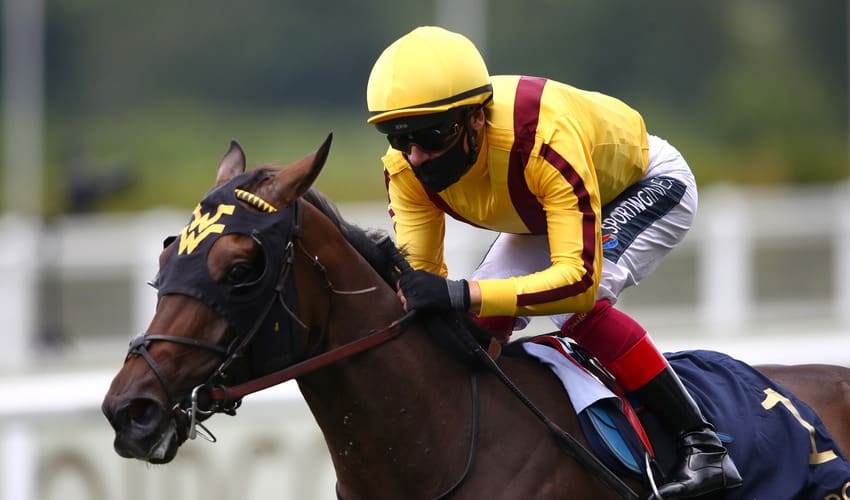 Campanelle was handed victory by the stewards in the Commonwealth Cup; after initially finishing second to Dragon Symbol in the Group One sprint on the fourth day of Royal Ascot 2021; jockey Frankie Dettori was initially beaten a head by the Archie Watson-trained Dragon Symbol. But after a lengthy stewards’ inquiry the result was overturned and Campenelle who also won the Queen Mary Stakes at Royal Ascot last year was given the verdict.

Campanelle had been prominent throughout the six-furlong contest; but Oisin Murphy brought Dragon Symbol to challenge insist the final furlong. Both horses came very close together with Dragon Symbol pushing Campanelle across the track; the two horses were well clear of their rivals with the Johnny Murtagh trained Measure Of Magic five lengths back in third.

Despite losing the Commonwealth Cup in the stewards’ room, County Kerry; Ireland-born rider Oisín Murphy got straight back into the winners’ enclosure when taking the other Group 1 race on Friday’s Royal Ascot card, the Coronation Stakes; with Alcohol Free (11/2).

“I didn’t get a chance to stress ahead of Alcohol Free. I had a plan and I don’t know if Andrew agreed me; but he filled me with confidence when I told him what I was going to do. Alcohol Free relaxed, I stayed on the bit for as long as I could and given her pedigree, she was always going to handle the ground.” Dettori, who was celebrating his 76th Royal Ascot success, said: “It is never nice winning a race in the stewards’ room. I feel sorry for Dragon Symbol’s connections that I took it off them.

The Commonwealth Cup was introduced in 2015 as part of changes to the programme of sprint horse races in Europe. The Diamond Jubilee Stakes, run over the same course and distance at the same meeting; was closed to three-year-olds at the same time. The new race was subsequently named the Commonwealth Cup and the Buckingham Palace Stakes; was removed from the Royal Ascot meeting to make room for the new race.

The race was initially open to all three year-old-horses, including geldings, to help the race become established. It was the only Group 1 flat race in Great Britain exclusively for three-year-olds that allowed geldings to compete and the first age-restricted Group 1 race which was open to geldings in Europe. Geldings were excluded after the 2019 running.

Follow us on Social Media for instant Royal Ascot updates!