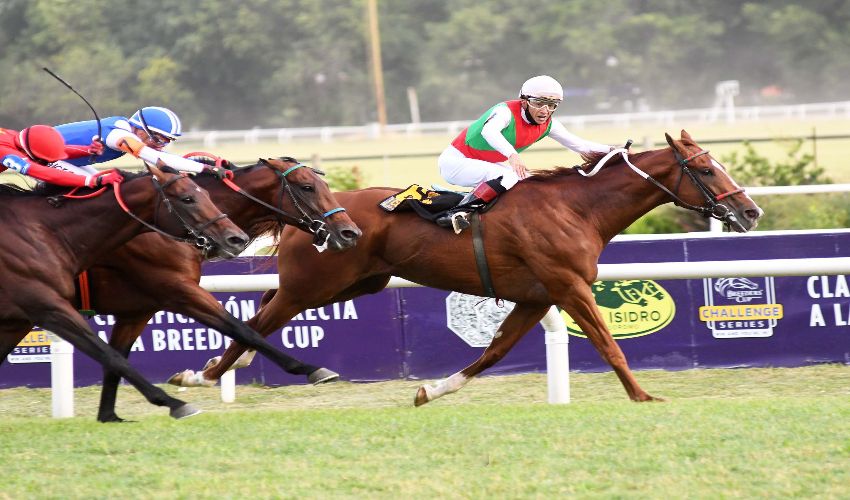 Cool Day charged to the front in the final yards of the Gran Premio Internacional Carlos Pellegrini (G1) at Hipódromo de San Isidro on Dec. 19 in a thrilling stretch drive to win by a half-length.

Cool Day, rode by Eduardo Ortega Pavon and trained by Alfredo Gaitan Dassie; finished in 2:27.78 in only his fourth race. Gaitan Dassie scored his sixth Pellegrini goal in this match.

The Challenge is an international series of stakes races in which the winners are guaranteed a starting place and fees charged into a corresponding race at the Breeders’ Cup World Championships in 2021.

Sent off at 9-1 in a 13-horse field, Cool Day saved ground just off the rail in the early going as longshot Senor Fancy set the pace, establishing a four-length advantage over 6-1 Village King through the first mile. At the end of the far turn, Village King closed the gap on Senor Fancy and took the lead at the top of the stretch.

The 3-1 second choice, Pinball Wizard; then found his best stride to the inside and engaged Senor Fancy in the final quarter-mile, taking a half-length lead. Pavon, aboard Cool Day, swiftly followed Pinball Wizard along the rail and slipped inside his two rivals to prevail at the wire.

Cool Day won his second race of the year. He broke his maiden in his second start at 1 1/8 miles Oct. 20 at San Isidro and came back on Oct. 31 in the 1 1/4-mile Jockey Club (G1) over the same course, finishing second by 1 1/2 lengths. He was bred by Abolengo out of the Equal Stripes  mare Cool Side.