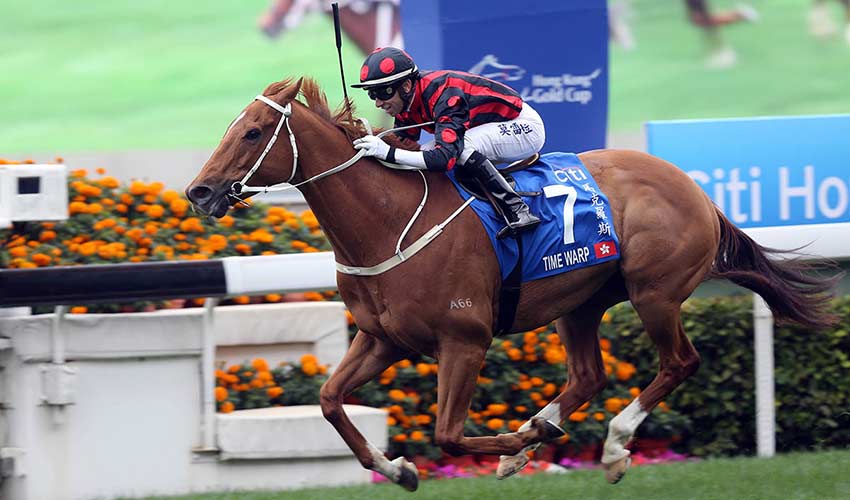 The Citi Hong Kong Gold Cup is a group thoroughbred horse race held annually since 1979 at Sha Tin Racecourse, it is open to horses three years of age and older. Run or turf, it was initially run over a distance of 1,800 meters, but is now set at 2,000 meters (ten furlongs) and it offers a purse of HK$10,000,000. It is the second leg of the Hong Kong Triple Crown following the Steward’s Cup and leading into the Champions Chater Cup.

The 2020 Citi Hong Kong Gold Cup was won by Time Warp from Exultant and Citron Spirit.