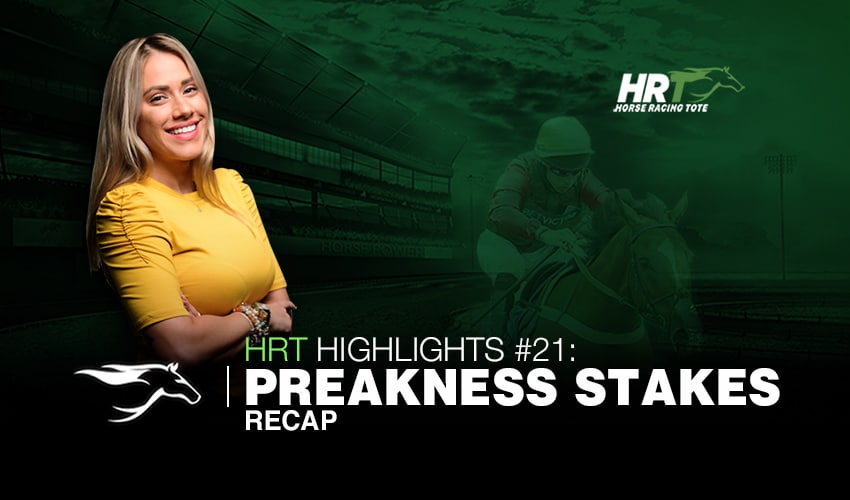 In HRT we bring the latest 147 Preakness Stakes Recap information. Our HRT HIGHLIGHTS #21 summarizes the most important events that will happen during the weekend.

It has been an odd Triple Crown Series this 2022, as the longshot which conquered the Kentucky Derby missed the Preakness and the winner in Maryland will also miss the Belmont stakes. Let’s take a look at what happened this weekend at Pimlico.

The 147th running of the Preakness was an example of great planning by trainer Chad Brown.

After running second in the Wood Memorial, Brown decided to skip the Derby and point towards the Preakness which is the same plan he used in 2017 Preakness winner Cloud Computing.

Going off at odds of 11/2, Early Voting sat 2nd behind Amaganac and then at the three-quarters, mark made a move to the front and held off Derby runner-up Epicenter for a one and a quarter length victory.

Epicenter went off as the 6/5 favorite and was squeezed at the start by Happy Jack and was never able to make up the lost ground to the winner.  D Wayne Lucas’s filly Secret Oath went off at 5/1 and was also caught up in the early traffic and despite making a big move was only able to finish fourth.  Creative Minister finished third.

The Contenders will take some time off

Early Voting and Epicenter will take some time off and point towards the summer season at Saratoga.

Simplification who finished fourth in the Derby and sixth in the Preakness will take time off and head to the farm after bleeding during the race.  Secret Oath will now point toward the Coaching Club Oaks with an eye on the Breeders’ Cup Distaff.

For more information about Belmont Stakes Odds, Horse racing entries, and races results. Sign up and get up to a 10% horse rebate. We have the biggest rebate!