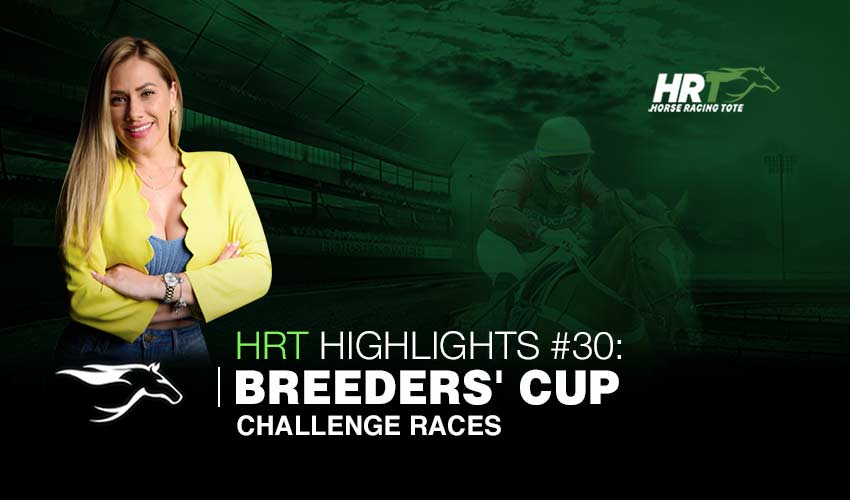 In HRT we bring the latest information about horse racing. Here are our HRT Highlights #30 which summarizes the 2022 BC Challenge races. Let’s check who earned a spot in the Breeders Cup.

At the York Racecourse in England, there were three BC Challenge races.

The first one saw Baaeed go to post as the two to five favorite in his first attempt to go more than a mile in the 10-and-a-half furlong Juddmonte International Stakes.

The top-ranked horse in the world did not disappoint as he cruised to a six-length victory over five challengers and earned a spot in the BC Turf.

Baaeed is expected to make one more career start in the one-mile Champions Stakes before retiring and skipping the Breeders Cup.

Five-year-old gray mare Alpinista held off the Irish Oaks winner Tuesday to take the Yorkshire Oaks and earn a spot in the BC Filly & Mare Turf event.

The Mark Prescott trainee defeated a high-quality field and will likely skip a trip to Keeneland and instead point toward the L’Arc de Triomphe in Paris in October.

The final “Win and Your In: event at the York festival was the Nunthorpe, where the John Quinn-trained mare tracked the early pace and when asked by jockey Jason Hart rolled to the front to take the race by two and a half lengths.

The final BC Challenge race of the week took place at Deauville France where the Aiden O’Brien-trained Blackbeard galloped off to a one-and-a-half length victory to earn his 4th career victory and his first grade one.