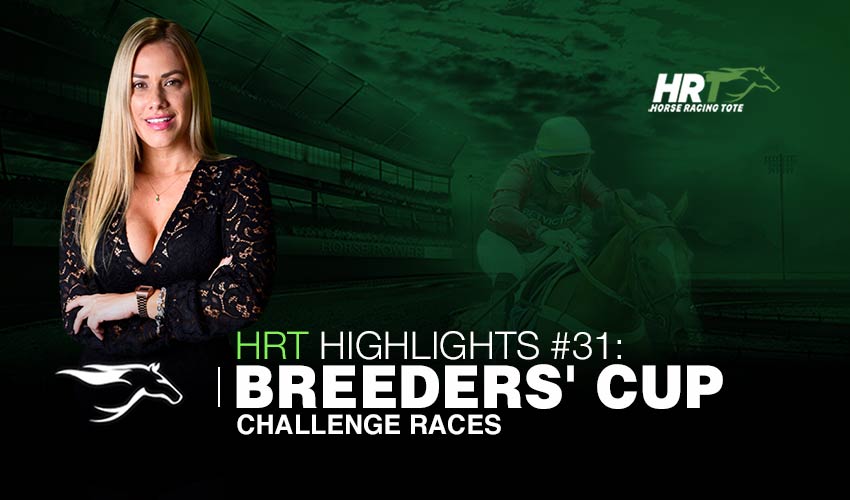 In HRT we bring the latest information about horse racing. Here are our HRT Highlights #31 that summarizes the BC Challenge races. Let’s check who earned a spot in the Breeders’ Cup.

We are just over two months away from the Breeders’ Cup and three more horses have locked up spots for Keeneland.

Bob Baffert brought the lightly raced four-year-old Laurel River to the Pat O’Brien where he faced two of the top sprinters in the US in American Theroum and Speakers Corner.

As they turned for home Laurel River moved to the front and drew off to an easy four-length victory and a spot in the Breeders’ Cup mile where he is listed at 8/1.

At the Spa in Saratoga, Gufo defended his title with a late running victory over a trio of Chad Brown horses and Euro invader Broome.

In other news in this division, the world’s top-ranked horse Baaeed will head to Paris for the L’Arc de Triomphe and skip the Breeders’ Cup.

A star was born on Sunday at Saratoga in the Ballerina when Goodnight Olive waltzed to victory over a quality field that included 2021 BC champion Ce Ce to win by three lengths.

Making her first start in a graded race the four-year-old daughter of Ghostzapper sat just behind the leaders and then powered to the front under light urging by jockey Irad Ortiz and grabbed her spot in the BC Filly and Mare Sprint.

Goodnight Olive is currently listed at 10/1 in the Jazzsports Breeders’ Cup future book.

The graveyard of champions claimed another victim when 2021 eclipse award winner Jackies Warrior went off at one to seven and was beaten by Codys Wish in the Forego Stakes.

Both horses came out of the race well and figure to meet again in Keeneland in the BC Sprint.

Jackies Warrior remains the future book favorite at +250 and Codys Wish sits at +750.