HRT Highlights #32: 5 more horses earned a spot in the BC 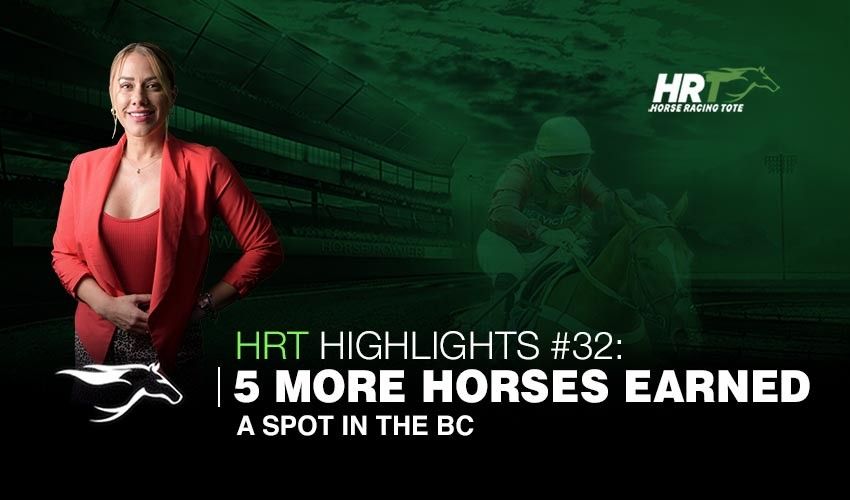 In HRT we bring the latest information about horse racing. Here are our HRT HIGHLIGHTS #32 that summarizes the BC Challenge races. Let’s check who earned a spot in the Breeders Cup.

Five more horses earned spots in the Breeders Cup to be run at Keeneland so let’s start with the Green Flash Stakes in Southern California where a field of 11 went 5 furlongs on the Del Mar turf with a spot in the Turf Sprint at stake.

Lieutenant Dan overcame a troubled trip to win under jockey Juan Hernandez for trainer Steve Miyadi. The six-year-old currently sits at 8 to 1 in the turf Sprint future book where Golden Pal is the 3 to 1 favorite

The Del Mar Handicap has belonged to Phil D’Amato with wins in 6 of the last 8 runnings of the 11-furlong race which includes birth in the BC Turf and with four of the 11 horses in the race it was a good bet that he would be in the winner circle once again.

Flavien Prat went to the outside, turning for home, and guided the D’Amato trained Gold Phoenix to the front and gave the trainer his 7th win in the race. Gold Phoenix is currently 20/1 to win the BC Turf while Desert Crown is the 7/1 favor

The Flower Bowl was expected to be a coronation of War Like Goddess as the top US female turf star but Irad Ortiz had other ideas.

Virginia Joy was able to get to the front and slow down the pace then was able to hold off the 1/5 favorite to take the Flower Bowl and earn a spot in the BC filly and Mare Turf.

Olympiad and Flightline also made it to the Breeders Cup

There were two spots available in the BC classic starting at Saratoga in the Jockey Club Gold Cup.

In his last start, Olympiad broke a five-race winning streak with a lackluster performance in the Whitney. But in the Gold Cup, the Bill Mott trainee sat second and rolled to an easy victory as the 8/5 favorite under Junior Alvarado.

Unfortunately for Olympiad, a few hours later we witnessed one of the most dominating races in history when Flightline locked up his place in the Classic with a 19-length victory in the Pacific Classic at Del Mar.

The lightly raced four-year-old making his 5th start crushed a very talented field and would have broken the track record if Flavien Prat had not wrapped him up with a furlong to go.

Flightline is currently 6/5 to win the BC Classic while Olympiad sits at 12/1 according to our partners at Jazzsports.