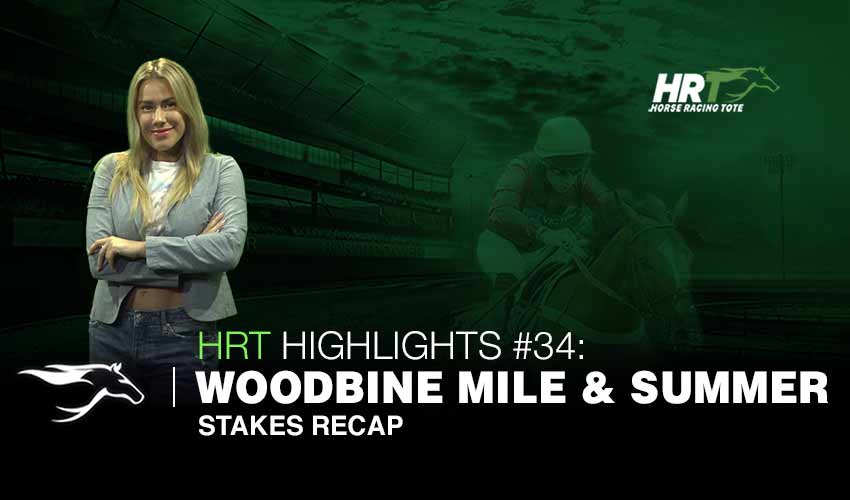 In HRT we bring the latest information about horse racing. Let’s check who earned a spot in the Breeders‘ Cup on this HRT HIGHLIGHTS #34.

The Breeders‘ Cup spotlight moved to Woodbine Park in Toronto where there were three BC qualifying races on the turf.

The feature race of the weekend was the million-dollar Woodbine Mile where Charlie Appleby sent out 2021 BC Juvenile Turf winner Modern Games to a dominant victory to earn a spot in the BC mile under William Buick.

Earlier on the Woodbine card, Appleby and Buick teamed up to win the G1 Summer Stakes with 2year old Mysterious Night.  The Irish-bred colt romped home by five and a half lengths and will next be seen in the BC Juvenile Turf

Last Call gets a BC ticket after winning the Natalma Stakes

The last Breeders‘ Cup qualifier on the Woodbine card was the Natalma Stakes with a berth in the BC Juvenile Filly Turf.  Trainer Kevin Attard sent out maiden Last Call who went off at 21/1 to a one-length victory and immediately announced he will be in Keeneland on the first Friday in November.

While the million-dollar Derby Invitational at Aqueduct may not have BC implications. Nations Pride looked like a horse that could have an impact when he came home six lengths ahead of the top three-year-old US-based horses.

Trained by Charles Appleby and ridden by legendary jockey Frankie Dettori, the three-year-old colt sits at 18/1.