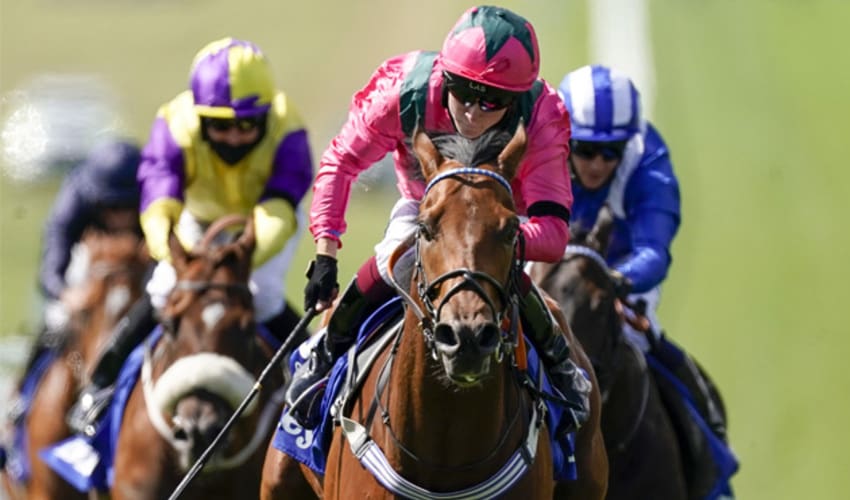 Oxted returned to his brilliant best to run out victorious in the King’s Stand Stakes 2021 at Royal Ascot the most furious race of the week. The Roger Teal-trained six-year-old, who won the six-furlong Darley July Cup at Newmarket last summer; dropped down to five furlongs to land another Group One victory, under a fine ride from Cieren Fallon.

Under Fallon son of former champion jockey Kieren ; Oxted showed his class to come through late on to land a length-and-three-quarter success over Arecibo with The Heartbreak Kid a neck back in third.

Last year’s winner and the 11-8 favourite Battaash couldn’t go with the leader on his seasonal return and he was a further half-a-length adrift in fourth under Jim Crowley. But this year is was all about Oxted; who showed his speed and finishing power to give Fallon and trainer Teal a first Royal Ascot victory.

“It meant a lot. It’s Royal Ascot. It’s a Group One race. They don’t come much bigger than this – it’s a dream come true. “Crossing that line, I never thought I’d get a feeling like it. What a feeling. “Dropping back to a stiff five was always going to suit. There was a lot of pace in the race. With all the pace on; I thought I’d take my time, get him into a nice rhythm, get him balanced and it’s paid off.

“He was very impressive. The July Cup last year wasn’t a fluke. He’s a proper Group One horse and all credit to the team for changing it round from his last two races.” On his first Royal Ascot winner, he added: “It obviously means a lot to ride a winner here and keep up the family tradition, there’s a lot of pressure with people always asking questions about it. “I’m thankful and grateful for all these opportunities and hopefully I keep progressing.

The event was created as a result of bad weather at Royal Ascot in 1860. Heavy rain made it impossible to run the Royal Stand Plate over its usual distance of 2 miles, so it was shortened to 5 furlongs on the only raceable part of the course. The amended version was called the Queen’s Stand Plate, and it subsequently became the most important sprint at the Royal meeting. For a period it was open to horses aged two or older. It was renamed the King’s Stand Stakes following the death of Queen Victoria and the accession of King Edward VII in 1901

The present system of race grading was introduced in 1971, and the King’s Stand Stakes was given Group 1 status in 1973. It was downgraded to Group 2 level in 1988. The King’s Stand Stakes became part of a new international race series, the Global Sprint Challenge, in 2005. It consequently featured a number of high-quality contenders from overseas, and it regained Group 1 status in 2008. It is now the fourth leg of the series, preceded by the KrisFlyer International Sprint and followed by the Golden Jubilee Stakes.