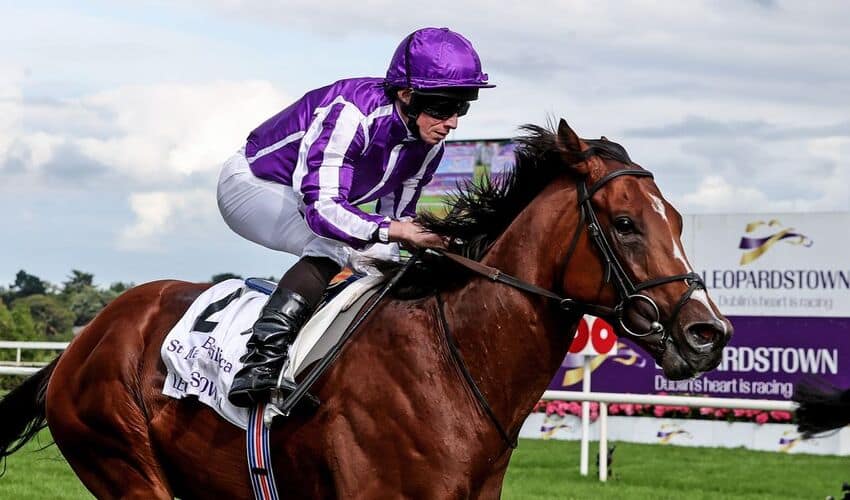 St Mark’s Basilica preserved his unbeaten record for the season as the Irish Champion S lived up to its billing.

Tarnawa, racing widest, chased the front two and just managed to get up for second place.

The mare was carried right by St Mark’s Basilica up the centre of the track and a stewards’ enquiry was called – but after around 25 minutes the result was confirmed.https://get-latest.convrse.media/?url=https%3A%2F%2Fwww.mirror.co.uk%2Fsport%2Fhorse-racing%2Fst-marks-basilica-wins-feature-24961869&cre=top&cip=5&view=web

St Mark’s Basilica, the 5-6 favourite, was winning his fourth Group 1 – adding to the Dewhurst, French 2000 Guineas and Derby plus the Coral-Eclipse.

“It was tactical, very tactical. They sprinted up the straight and he did well. He did well to get back here after missing York and the one thing we know he does is quicken.

“One thing we knew is that he does quicken. That’s what he always had – his strong qualities are that he relaxes and can really turn it on.

“They set off a nice pace, Kevin (Manning, on Poetic Flare) was in second and he steadied it down to get himself straightened up and set up.

“When they turned in they burned and I’d love to see what time they did for the last two furlongs. They ran up the straight.

“He’s just an exceptional horse and we’re very lucky to have him. All the lads at home have done a great job with him to get him back here today after the last day.”

“He has all the options, he can go back to a mile or go a mile-and-a-quarter. All those races have to be there. A little bit of a problem with the QEII, we know that he handles soft ground but Ascot can be run in very bad ground.

“He did well to get back here after York and we’ll see how he is after this.”