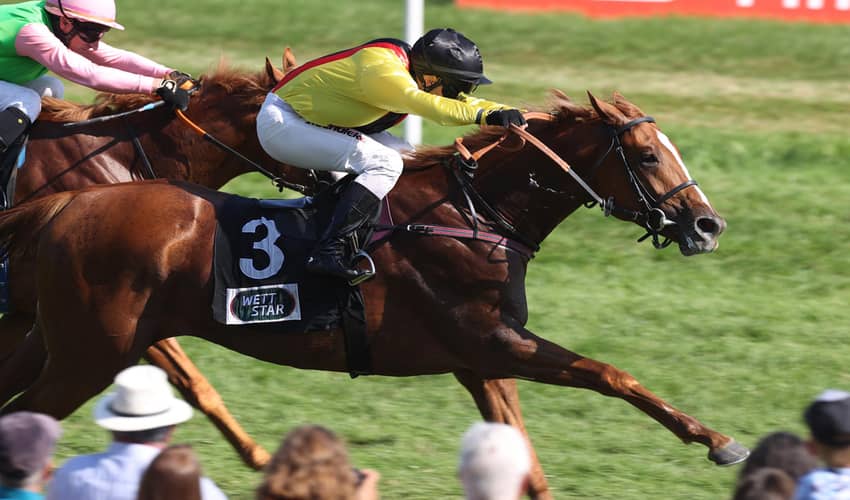 The four-year-old Torquator Tasso landed another triumph in front of 8,600 spectators in the 149th star of the Baden Grand Prix.

He won the Group I race; endowed with 160,000 euros, a race in the highest category over 2,400 meters, sponsored by the most important broker of horse racing in German racing.

The Adlerflug trained by Marcel Weiß in Mülheim for the Auenquelle Stud (Rödinghausen) by Karl-Dieter Ellerbracke and Peter-Michael Endres-Sohn was third last year in Baden-Baden and currently second in the Berlin Grand Prix. Torquator Tasso presented a tremendous final spurt under jockey Rene Pichulek.

He won easily against Sisfahan, winner of this year’s German Derby, who never admitted defeat. A length behind, the Passion and Glory, owned by Sheikh Mohammed (Dubai); came third. In the manner of a gallop star par excellence; Torquator Tasso intercepted his opponents at a rate of 2.8: 1 euros; brought the 100,000 euros victory bonus to its owner’s account and catapulted the winnings to 391,800 euros at the tenth start and fourth career hit.

What’s next for Torquator Tasso

After this impressive victory, Torquator Tasso is now heading for the Prix de l ‘Arc de Triomphe, the most important race in the world on the first Sunday of October in Paris-Longchamp. Derby winner Sisfahan also sold splendidly in second place at the first start against the older horses, and Passion and Glory also ran the expected strong race in third place. Kaspar was respectable in fourth, while Vallando; who had changed ownership of Lothar Grabe’s Siepenblick stable before the race, had no chance early on. The Frenchman Millebosc broke out in the corner and was stopped. Pessemona had stopped in the start box.

Follow us on Social Media for instant TORQUATOR TASSO updates!