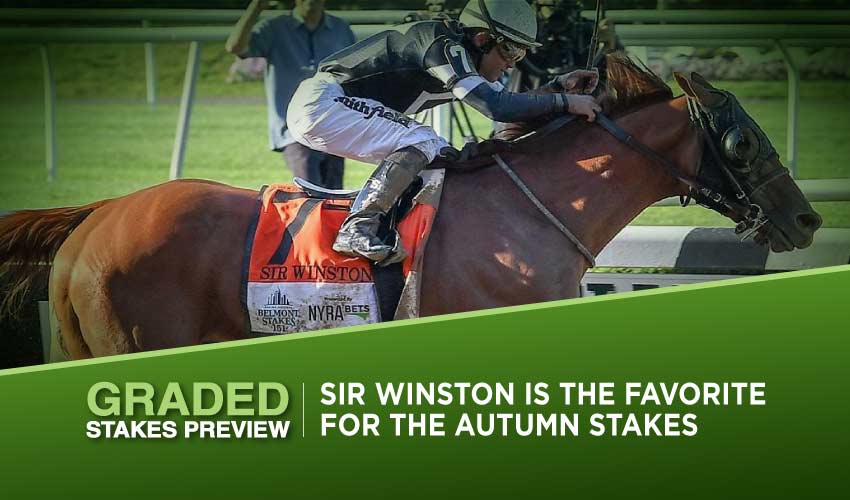 More Woodbine races for this weekend

We’ll take a look at some races that take place at the Woodbine track in Canada as, during the weekend, three Grade events are about to be run. On Saturday, both the G3 Maple Leaf Stakes and G2 Bessarabian Stakes are open only to fillies and mares with exciting runners like Skygaze, Merveilleux, and Our Secret Agent could be seen in them, while Sunday features mainly the G2 Autumn Stakes odds. In other words, the rematch for the October Durham Cup as first four in the race will meet at Woodbine again, including the Belmont Stakes 2019 scorer Sir Winston.

The purse of $150,000 attracted a field of 10 three-year-old and older fillies and mares who are about to cover the distance of a mile and a quarter. The G3 race has its leading chance on the all-weather track in Merveilleux (13-4) trained by Kevin Attard, who tried her luck even among a better competition. She failed in the G1 and finished fourth in the G2, so upon her return to the G3 company, she could draw on her results from the black-type race and rely on her fine finish in the final stretch. However, the four-year-old filly is still without a Grade victory, which cannot be said about Art of Almost (33-4) who scored the G3 Ontario Matron Stakes in October.

The five-year-old charge of Mark Casse spent the race in the back but rallied forward in the final turn to outrun even preferred stable-mate Skygaze (15-4). Both participants can play a huge role in Saturday’s race, and it’ll be interesting to watch whether Skygaze will be better this time, given she beat Art of Almost in a Listed race prior to the G3 attempt. Casse has another exciting four-year-old filly in this event as Broadway Lady (17-4) has been running only maiden and Allowance races so far. Still, as she dominated her last start by more than five lengths, it’s only logical to point her among the better competition.

She seems talented enough to perform nicely here, yet her real class is yet to be learnt. Lake Lucerne (13-2) and La Luna (13-2) are also in the mix, especially since the latter deserves another chance after her underwhelming effort in the G3 Dowager Stakes. According to her results in Europe, she should be useful at this stage.

Our betting pick for the Maple Leaf Stakes is Merveilleux as she handles the distance, the surface, is classy, and even carries slightly less weight than her most serious rivals.

This G2 race held at the distance of 7 furlongs is also run on the all-weather track, while the purse of $175,000 is up for grabs. Nine three-year-old and older fillies are mares are about to clash here, with Our Secret Agent (21-10) being the most serious victory candidate after her consistent and gusty efforts at the Grade scene. The Mark Casse four-year-old amassed places at the G3 and G2 stage, and last time out, she recorded her first Grade victory when finishing strongly to win the Hendrie Stakes by 3 and ½ of a length with her stable-mare La Libertee (13-1) running in third. Despite Our Secret Agent’s undeniable ability, she’s about to carry the biggest weight of all participants, so for example, the least carrying rival, Lady Speightspeare (7-2), could catch her off guard.

The Roger L. Attfield bound three-year-old won the G1 Natalma Stakes as a junior; however, she left out most of the season 2021 and returned only in September to seize a victory in an Allowance race. She was supposed to run the Valley View Stakes and attempt to maintain her perfect record but scratched, and it’s a huge question in what form she actually might be. A black-type winner Aug Lutes (13-2), will experience such competition on Saturday for the very first time, but having only four starts under her belt, the three-year-old filly could be one to watch for the future here. Fancied Gidgetta (13-4) scored an Allowance race last time out after rallying late for the wire, and a trip longer by a furlong should help her, while black-type winner Tuned (25-4) is shortened for this race.

Our top pick for the Bessarabian Stakes is Lady Speightspeare. She could lead throughout the whole race and hold off the rivals in the final stretch if she shows enough early speed.

Eight three-year-old and older horses will line up for this G2 race on the all-weather track with the purse of $175,000. The participants have a mile and half of a furlong to cover, while the race itself looks like a rematch for the G3 Durham Cup run in October. Back then, five-year-old Sir Winston (9-5) trained by Mark Casse was the favourite, given he won the Belmont Stakes in 2019, and despite putting on a fine effort, he finished second to Special Forces (5-2). Still, he suffered from a lack of space in the final stretch, so he might’ve even fought for the victory hadn’t he been squeezed so badly. Mentioned six-year-old Special Forces has delivered his trainer Kevin Attard numerous good places in Grade races; moreover, he won the Autumn Stakes in 2019. He didn’t run last year, but in this season, he hasn’t been worse than third, which is something he should handle once more.

Apart from these two, the Durham Cup attracted also Halo Again (6-1) and Mighty Heart (3-1), who finished third and fourth, respectively, while especially the latter is in the mix again. However, together with Special Forces, they carry the heights weight here. The last to mention is Primo Touch (20-1), the outsider of the G1 Canadian International Stakes, where he put on a bold front-running performance, and despite being demolished by a duo of Europeans, holding on the third place was a success.

Our betting pick for the Autumn Stakes is Sir Winston, who should benefit from the previous run, and if he is a bit luckier in the final stretch, he could strike this.