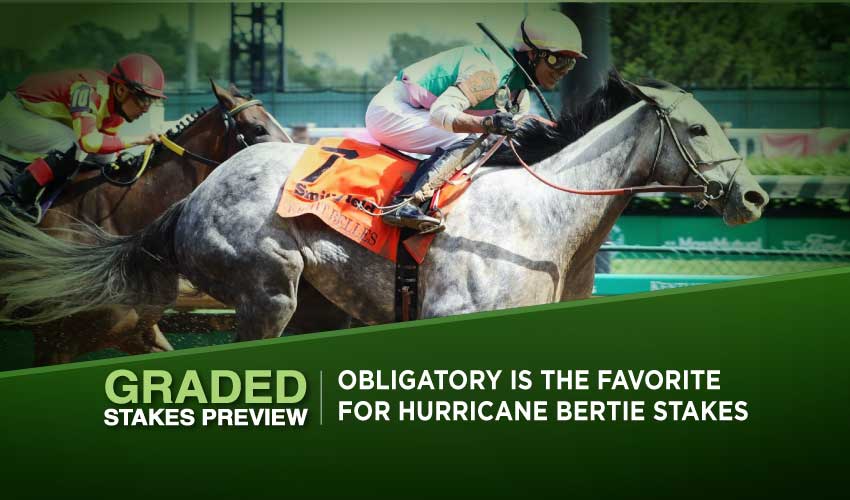 The G3 Hurricane Bertie Stakes is the peak of Saturday’s card at Gulfstream Park, where six fillies and mares will line up for this sprint held on the dirt surface. Talented Obligatory has to deal with the highest weight here, so it’s a good opportunity for Four Graces, second in a G2 race most recently, to score her third G3 triumph.

A field of six four-year-old fillies and older mares will meet in this G3 dirt race, offering the purse of $100,000. At the distance of six and a half of a furlong, four-year-old Obligatory is about to carry the biggest weight due to her triumph in the G3 Chilukki Stakes in November, where she enjoyed the mile-long trip and scored the race by a half of a length.

The William Mott bound grey has also collected a couple of second places among the elite; moreover, Obligatory scored the G2 Eight Belles Stakes in April. She doesn’t care much whether she’s covering seven or eight furlongs; however, Saturday’s distance could be just too short for her as she relies on her finish from the rear of the pack. Without a hint of doubt, Obligatory is a good filly, yet she faces five less carrying rivals here, including Four Graces trained by Ian R. Wilkes. The five-year-old mare’s couple of G3 victories date back to 2020 as in the last season; she recorded only fourth place in a black-type.

Still, she’s run twice in 2022, finishing second in an Allowance and the G2 Inside Information Stakes behind Just One Time. It wasn’t the first time Four Graces suggested that she belongs among the G2 company, and if she repeated her performance from the Inside Information, she could snatch the victory.

Starship Nala took fourth place in the mentioned G2 after weakening in the final stretch; still, she bettered Four Graces in their previous outing. If the race unfolds favourably to her, Starship Nala could be another big player here. After all, she carries the smallest weight together with the remaining trio of participants.

My Destiny and Feeling Mischievous met in the Listed Minaret Stakes last time out, where the former finished second with the latter running in third. Although Feeling Mischievous has a black-type victory under her belt; currently, the forms of these two contestants are more or less the same. The last to mention is Bramble Berry, who’s placed at the black-type scene and in February, she won an Allowance.

Our betting pick for the Hurricane Bertie Stakes is Four Graces as she should benefit from the weight and the distance more than Obligatory.