An Exciting Victory for Plainsman in the G3 Razorback Handicap 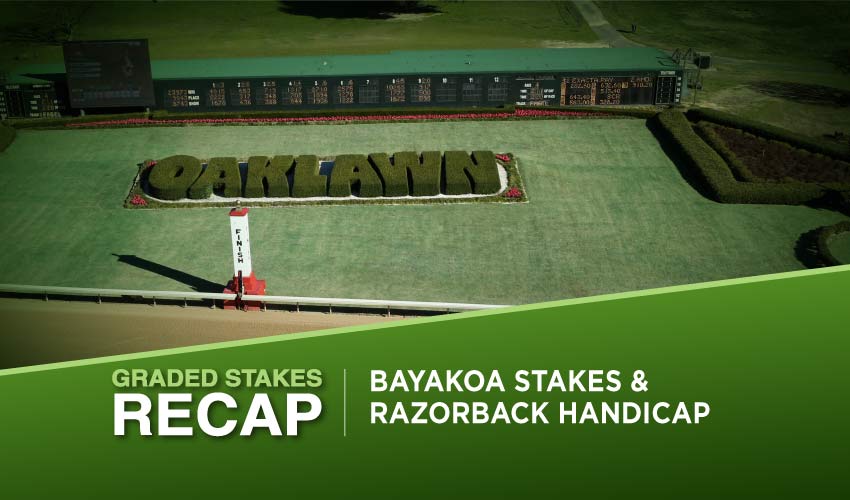 A couple of G3 races were held at the Oaklawn Park on Saturday, while one of them was the prestigious Razorback Handicap, where Plainsman heartily fought off Thomas Shelby. This time, Lone Rock couldn’t hold a candle to them, running in sixth. The Bayakoa Stakes for fillies and mares then saw a victory of six-year-old Miss Bigly, easily leaving behind the preferred trio, including interesting Coach.

It went badly for the preferred four-year-old fillies and older mares in this G3 race, held at a mile and half a furlong distance. On the dirt surface, none of the most serious victory candidates scored the $250,000 dirt race or even placed as Miss Bigly (54-10) shone here thanks to a great ride by Ramon A Vazquez.

Luck stood by their side, too, as the six-year-old mare settled in fourth at the barrier but fortunately, a pretty wide spot opened for her in the final stretch as the leaders were weakening considerably. Therefore, Miss Bigly could easily rally forward to snatch her first G3 victory after taking third place at the G3 and G2 stages.

Philip D’Amoto’s mare crossed the line in 1m 44.82s with the advantage of one and ¼ of a length to She’s All Wolfe (37-1), starting off here as the biggest outsider, but she was lucky as well, using perfectly free space at the fence. Jilted Bride (17-2) took third from the outside.

Four-year-old Coach (9-5), attempting third win in a row, settled in second behind Matera (11-5), but they pressed the pace too much, so neither of them played a significant role in the closing stages finishing fourth and sixth respectively. The same applies to Queen Goddess (27-10), who wasn’t quick enough to get to the front initially; still, she tried to be close to the pace and wasted some energy turning too wide.

After 11 outings resulting in victories or second places, Lone Rock (11-5) was stopped by the big weight and failed to deliver in this G3 handicap, run for the purse of $600,000. On the dirt surface and the distance of a mile and half a furlong, seven-year-old Plainsman (19-10) proved us wrong he can’t get any better because he definitely built on his December’s form, scoring tightly among four-year-old and older horses.

Brad Cox sent the bay to a G3 win in October and then to third place in the G1 Cigar Mile, while on Saturday, he achieved his third success at the G3 stage after putting up a huge fight with six-year-old Thomas Shelby (36-5). Since the beginning, the duo occupied the front, and even though Thomas Shelby kept the inner track and carried slightly less than his rival, he lost to Plainsman by a neck in the end. Outsider Popular Kid (42-2) ran in third as the rest of the field was too far to threaten him with even with the most powerful turn-of-foot.

Neither Lone Rock nor Super Stock (44-5) were noticeable in the race, finishing sixth and eighth, respectively.

Follow us on Social Media for Razorback Handicap updates!