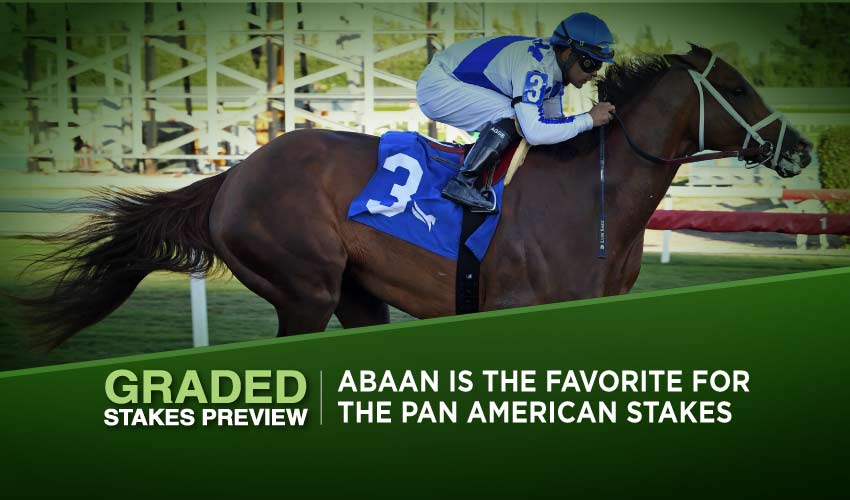 We’ll cover four Graded races that are about to be held on Saturday as a part of the Florida Derby card. Besides a couple of G3 turf races, the card features the G2 Pan American Stakes, where great stayers Gufo and Abaan will face off, while dirt specialists will meet in the G3 Ghostzapper Stakes.

The G3 turf race is open to four-year-old fillies and older mares who are about to clash at the distance of one and a half a mile. The purse of $150,000 attracted a field of seven participants, including a duo placed in the G3 The Very One Stakes, where Family Way sat second throughout the race to take command in the final stretch.

Subsequently, she was outrun by victorious Virginia Joy, but she managed to draw on her previous Listed triumph. The five-year-old Brendan Walsh trained mare could still be able to progress, so together with Harajuku, she should deliver another pleasing result here. Four-year-old Harajuku finished third back then, while both of them decisively bettered Beautiful Lover.

She’s once again expected to set the pace, which she withstood in the G3 La Prevoyante Stakes in January but failed to repeat the victory next time out, fading out in the closing stages to settle for fourth. Moreover, she’s again about to carry the biggest weight in the field, unlike the remaining trio of contestants, especially Sister Otoole who hasn’t shown anything special in 2022, still, in 2021, she ran in second among the G3 company. Champagne Ivy then scored an Allowance race in February, beating also Song of Innocenc in second.

Our Orchid Stakes Betting Pick is:

Family Way due to her fine run in the G3 The Very One Stakes she could emulate on Saturday.

On the dirt surface, seven four-year-old and older horses will cover the distance of a mile and a furlong. The purse of $100,000 is up for grabs in this G3 race, while Fearless is the name catching the most attention here.

The six-year-old gelding is about to carry the biggest weight due to his excellent results in the Grade scene. The Todd Pletcher bound participant won the G2 Gulfstream Park Mile Stakes, added some places among the G3 and G2 company, and another G3 victory when concluding the 2021 season.

In 2022, he’s collected a couple of second places, hinting he’s still in form, but there’s a thing that could stop him on Saturday – the mentioned weight. His victory would be a bit poignant, though, as Fearless is the son of Ghostzapper, the sire whose name this race bears. Carlos L. has a black-type victory under his belt, Twelve Volt Man placed at the same stage, while Laughing Boy is yet to face the Graded company as last time out, he got bettered in an Allowance race by Commandeer, seventh in the Pegasus World Cup in January.

Capocostello enjoyed lots of successes in Panama, and after finishing fourth in an Allowance race, he’s expected to improve and have a say in the Graded races, which also applies to Greatest Honour, a former Kentucky Derby hope.

In 2021, the Claude R. McGaughey III trained colt scored the Fountain of Youth Stakes and finished third in Florida Derby, upon which he was on the sidelines until March 2022. Running in sixth in the G3 event wasn’t the best comeback imagined, but there’s still hope he’ll return to winning ways someday.

Our Ghostzapper Stakes Top Pick is:

Fearless, as he’s in form and has achieved more at the US tracks than the rest of the field.

The purse of $200,000 is up for grabs in this G2 turf race that welcomes a field of four-year-old and older horses. Seven participants will cover the distance of a mile and a half while the field is packed with exciting stayers, including Gufo, trained by Christophe Clement.

The five-year-old chestnut has three Graded victories under his belt as he most notably won the G1 Resorts World Casino Sword Dancer Stakes in August. Due to his tactic, relying on Gufo’s lethal finish in the final stretch, he often fails to score because he finishes too late and grabs just a place, which was the case of his third place in the G1 Joe Hirsch Turf Classic Stakes.

Gufo didn’t impress in the G1 Breeders’ Cup Turf, but the competition was really strong, and he didn’t have a peaceful gallop, so in his 2022 debut, he still needs to be considered. Moreover, he’s about to be advantaged over a couple of other interesting contestants, Abaan and Temple. In March, the former was the favourite for the G2 Mac Diarmida Stakes after he completed a victorious hattrick with a G3 win, but in the mentioned G2, he just didn’t shine.

Given he probably didn’t like the gallop, fourth place wasn’t entirely bad, and he should fight for the triumph once more. Back then, Temple bettered him decisively but carried less weight than Abaan, while the weights are equal on Saturday.

Regarding the rest of the field, Bakers Bay and Tide of the Sea have some experience with the Graded races but never were a factor, and the duo of Novo Sol and Mid Day Image are about to face such competition for the first time despite being older horses.

Gufo because he’s a G1 winner, and he should handle this company even at the seasonal debut.

The last race to mention in this article is a G3 turf event held at a distance of a mile. It’s open to four-year-old and older horses who will compete for the purse of $100,000, but the field actually lacks any stars.

English Bee suggested some form about him when finishing third in the G3 Canadian Turf Stakes, leaving huge outsider Noble Indy in fourth. We quite like four-year-old Safe Conduct who failed to deliver a good result in the G2 Mac Diarmida Stakes, but his previous outings were alright, and he could be classy enough to have a say in this race.

Seven-year-old Gray’s Fable bagged the Appleton Stakes in 2021 but didn’t repeat such performance subsequently and hasn’t hit the track since August, while the mentioned Mac Diarmida Stakes saw a victory of Phanton Currency in 2021; however, he was on the sidelines until now. He may strike gold again, but he just needs to show up in a similar form as last year. Scarlett Sky is a G3 victor but didn’t show anything similar to that effort since.

English Bee, whose results are consistent and should be in form.

Follow us on Social Media for Pan American Stakes updates!