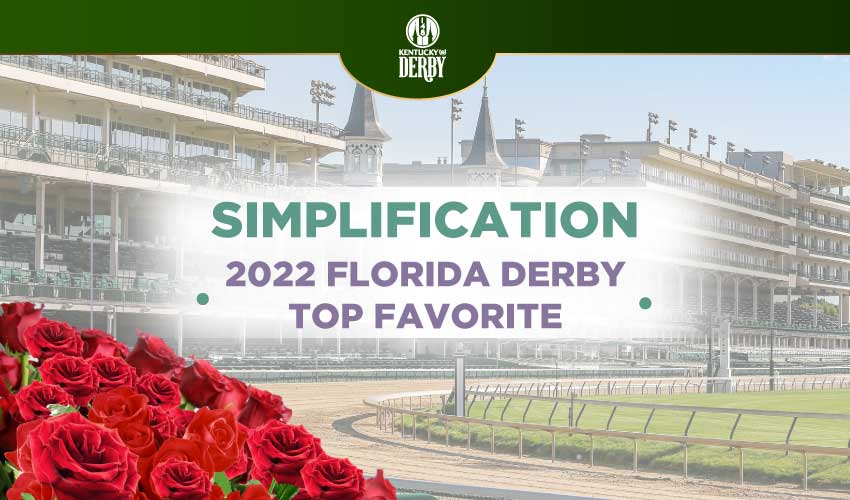 Saturday is huge for the Kentucky Derby trail, with three 100pt preps offering the guarantee of a place in the gate at Churchill Downs. The big event is at Gulfstream Park, where the 2022 Florida Derby has drawn major names White Abarrio, Classic Causeway and Simplification.

The G1 Arkansas Derby at Oaklawn Park features the filly Secret Oath taking on the boys, while the G3 Jeff Ruby Steaks at Turfway Park provides a softer option for Kentucky Derby hopefuls.

The Florida Derby, the highlight of a stakes-heavy card at Gulfstream Park on Saturday, has historically been one of the best preps for the Kentucky Derby, with seven winners this century going on to be first past the post at Churchill Downs. It offers Road to the Kentucky Derby points on a 100-40-20-10 breakdown, meaning the first two home are probable qualifiers for the big one.

The pace today is likely to come from Classic Causeway, who broke on top in the G2 Tampa Bay Derby last time out and was never headed, driving clear to win by an authoritative two and a half lengths. Before that he ran the same race in the G3 Sam F Davis, also at Tampa Bay Downs, winning just as impressively with Strike Hard beaten six and a half lengths into fourth.

From the two box Classic Causeway should have an easy route to the lead, and he could well stay there. On his heels should be White Abarrio, who pressed the pace in the G3 Holy Bull here over a mile-sixteenth before drawing off through the stretch for a dominant victory, four and a half lengths clear of runner-up Simplification and eight clear of fifth-placed Cajun’s Magic.

Simplification blew the start that day and is better than the bare form suggests, something he underlined when running away with the G2 Fountain of Youth here over a mile-sixteenth, seeing out his race strongly with third-placed O Captain closest at the finish but still four and a half lengths back.

The three major prep winners stand out in this field, with the rest playing catch-up. The wise-guy horse is Charge It, whose odds are short given that he’s only won a maiden, going gate-to-wire to get it done by eight and a half lengths here over a mile. His reputation precedes him and he’ll move up for sure, but he has a long way to go.

The Breeders’ Cup Juvenile was a poor contest and runner-up Pappacap has been beaten twice since, throwing in a clunker last time when eighth in the G2 Risen Star at the Fair Grounds. He is better than that, but hasn’t won in five starts since taking the G2 Best Pal at Del Mar in August.

Three big names do battle here, and the pace scenario is all-important. The improving CLASSIC CAUSEWAY will be out on the lead and is the choice to carry his speed all the way again.

There’s another 100-40-20-10 Kentucky Derby standing points breakdown in the Arkansas Derby at Oaklawn Park on Saturday, which provides a fascinating angle to this year’s Derby build-up.

The filly Secret Oath takes on the boys as she bids to become a legitimate contender for the Derby, and given that she brings a three-race winning streak to the table, including the G3 Honeybee here over a mile-sixteenth last time out, she is deservedly the morning-line favorite. She ran them out of town in the Honeybee, clearing away by seven and a half lengths, and although this will be tougher she is improving fast.

Five of today’s contenders come on from the G2 Rebel here over a mile-sixteenth, won by a late thrust from boxcar longshot Un Ojo, who stole it by half a length after looking held in mid-stretch. Barber Road was a nose further back in third, with Kavod fourth, Chasing Time fifth and Ben Diesel eighth, seven lengths behind the winner. The form is uninspiring and the transition to the top level may be a bridge too far for some, if not all, of the Rebel runners.

Better alternatives lie elsewhere. Doppelganger has moved from Bob Baffert to Tim Yakteen and can now earn RTKD points, which he couldn’t do when runner-up in the G2 San Felipe at Santa Anita, almost six lengths behind the runaway Forbidden Kingdom. He has something to prove, as does Cyberknife, well beaten in the G3 Lecomte at the Fair Grounds before winning an allowance optional claimer over a mile-sixteenth at the same venue.

This is a big step up for the unbeaten We The People , who won an allowance optional claimer here over a mile-sixteenth by five lengths, but he will certainly improve and merits a chance at the big time.

This could turn out less competitive than it appears at first glance and the filly SECRET OATH, so impressive at this track last time, is the choice despite taking on colts for the first time.

Turf is the preferred surface for Tiz The Bomb, but he proved he could handle the synthetics here when scrambling home in a stakes over a mile-sixteenth by a neck from Stolen Base, with Rich Strike two and three-quarter lengths back in fourth.

Another stakes-winner on a synthetic surface with leading prospects is Blackadder, who is now eligible for RTKD points after leaving Bob Baffert’s barn. He won the El Camino Real Derby at Golden Gate Fields by a neck and his late-running style shouldn’t be compromised by his outside post.

Royal Spirit switches to synthetics after five races on turf, the most recent when runner-up in the G3 Kitten’s Joy at Gulfstream Park, while Red Run won a stakes on turf at Sam Houston last time out, with Stolen Base third and next-time stakes-winner (on turf) Dowagiac Chief fourth, the two separated by half a length.

This represents class relief for Tawny Port, fifth in the G2 Risen Star behind Derby favourite Epicenter, and he has already proved his effectiveness on this surface by winning twice here over a mile.

A deep, tight-knit field for this level, and a race in which form on a synthetic surface could be a key factor. TAWNY PORT is two-for-two here and can take advantage of this sharp drop in class.

Follow us on Social Media for instant 2022 Florida Derby updates!