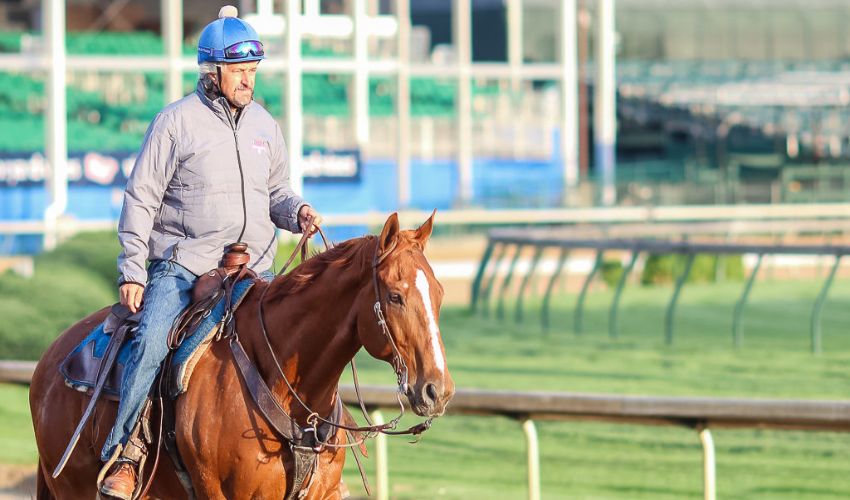 Asmussen always looked certain to go into the racing industry; as much of his early life was spent around the majestic animals. He was born in Gettysburg, South Dakota, and his father was an ex-professional jockey. His mother was also involved in horses, as she was a revered trainer that made history by winning the Kansas Futurity in 1978. His brother, Cash Asmussen, is also a highly regarded trainer and jockey in his own right, as he won the Eclipse Jockey award during his career.

Asmussen made his first steps into the world of racing when he was 16; as he competed as a jockey for two years at tracks in New York, California, and New Mexico. However, the end of his racing career led to a move into training. He would record his first win as a trainer in 1986 before claiming a first stakes victory the following year. Graded victories were hard to come by in the early years, as he needed to wait until 1996. A first Grade 1 victory came three years later in the Mother Goose.

All great trainers have worked with horses at the top of their game, and Asmussen is no different. The American trainer’s biggest star was Curlin, who enjoyed an excellent three-year-old season by winning Asmussen his first Triple Crown race in the form of the Preakness Stakes in 2007. Curlin would go on to win the Breeders’ Cup Classic later in the season and went on to win countless graded races in the following season, including the Dubai World Cup.

One of his greatest training feats came two years after his first Preakness Stakes win; as he smashed the long wait for a filly winner of the race with Rachel Alexandra. The three-year-old became the first female winner of the Triple Crown race in 85 years and would later get more success by winning the Haskell Invitational and Woodward Stakes. Her performances would see her named the American Horse of the Year in 2009.

His third and most recent; Triple Crown win came in 2016, as he would finally get a Belmont Stakes winner after finishing second with Curlin in 2007. Creator was the winner of the Belmont Stakes in 2016. However; Asmussen is still searching for his first win in the Kentucky Derby, which is one of the few big races that has eluded him to date.

He has also led the trainers in terms of earnings on two occasions, in 2008 and 2009. In both of those seasons, he was also awarded the Eclipse Award for Outstanding Trainer.

Make sure to check Horse Racing Tote for all the latest horse news; weekend race results, graded stakes, and so much more. For current fixed odds check here.

Follow us on Social Media for instant Hall of Fame trainers!