Santa Anita Park is the premier Thoroughbred horse racing track in the US, located in the city of Arcadia. The Racetrack opened on Christmas Day, 1934. It was founded by Dr. Charles H. Strub, who guided the track’s destiny until his death in 1958. Designed by architect Gordon B. Kaufmann, the original art deco style structure remains mostly unchanged. But all of this started 27 years earlier on Thanksgiving Day 1907, when Elias Jackson (Lucky) Baldwin opened the original Santa Anita.

In February of 1935, Santa Anita Park set the racing world on its ear by establishing an unprecedented $100,000 purse for its Santa Anita Handicap, the largest prize money ever offered for as stakes race in the United States at the time. The “Big Cap” today remains the oldest continually run $100,000 or more stakes race run in the country, with the total purse growing to as much as $1 million over the years.

As the early days became decades, it was the horses and their companions who became the celebrities that made this racetrack endure. The first year was only a sample of what was to follow. From its earliest days, Hollywood and horses proved to be a big hit at Santa Anita. Among the stars from Hollywood’s Golden Age who flocked to Santa Anita on a regular basis were Betty Grable, Charlie Chaplin, Cary Grant, Fred Astaire, and movie mogul Louis B. Mayer. Virtually every “name” horse in America appeared under silks at the racecourse. Santa Anita Park greatly contributed to the advancement and development of California’s thoroughbred racing industry.

Santa Anita is the oldest racetrack in Southern California. The nearly 300 acre site contains numerous features and structures, in addition to the grandstand building, which are integrally linked to the history and significance of Santa Anita Park. These include the main track, track house, several stables, paddock, receiving and saddling barns, and east and south gates.

Santa Anita Park is one the most iconic sports and horse racing venues in North America. The racetrack was identified eligible for listing in the National Register of Historic Places in 2006. Spanning 320 acres, and with a backstretch that can house up to 1,800 horses, Santa Anita features a one mile dirt track which surrounds a turf course of 9/10 of a mile.

Each year, Santa Anita conducts one of America’s most prominent Thoroughbred racing programs, attracting some of the world’s top racing stables and their horses to its signature races, including the Santa Anita Handicap, the Santa Anita Derby, the Gold Cup at Santa Anita and the Zenyatta Stakes.

Santa Anita Park, “The Great Race Place”, arguably the most beautiful race track in the world, continues to be a driving force in the racing industry. 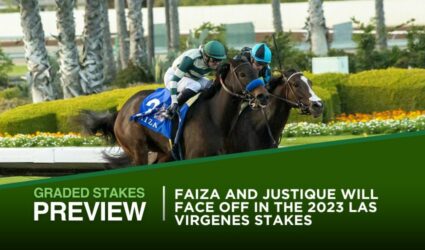 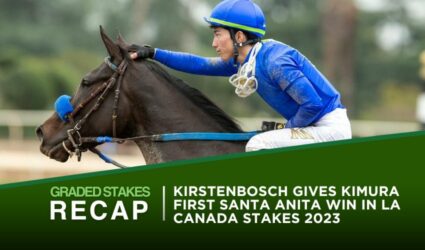 Twenty-four hours later than scheduled, Kirstenbosch put her nose in the right place at... 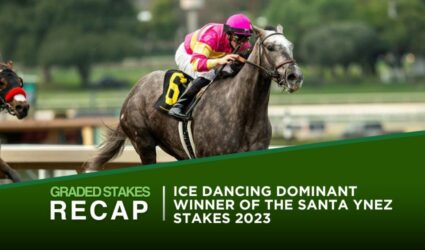 Santa Ynez Stakes 2023: Ice Dancing gets her Skates On

The initial odds-on favourite was scratched from the G3 Santa Ynez Stakes 2023 at... 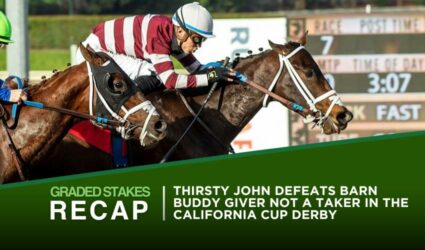 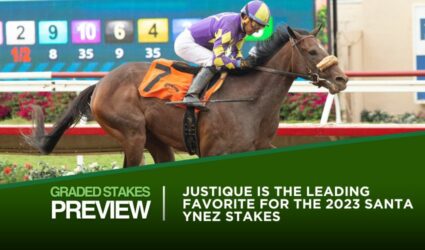 The G3 Santa Ynez at Santa Anita took a raincheck last week when the... 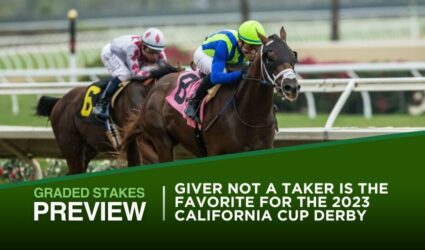 The California Cup Derby is the early season trial for the three-year-olds who are... 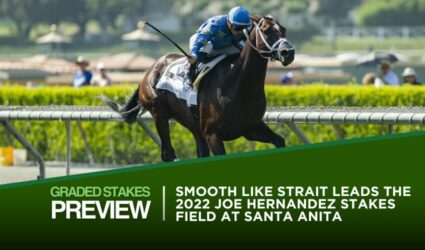 This Saturday the 2022 Joe Hernandez Stakes (G2T) will be taking place at Santa Anita... 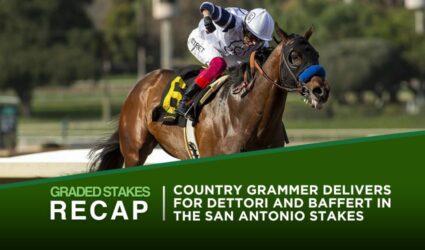 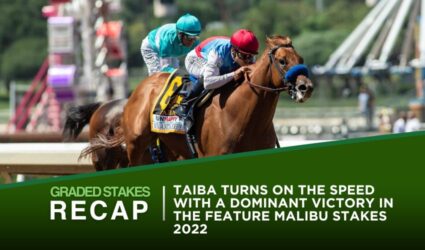 The top-class and still improving Taiba showed his rivals a clean pair of heels... 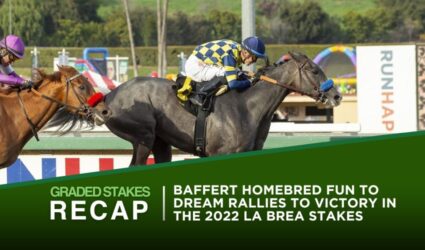 Two fillies posting their first victory at G1 level made the headlines at Santa... 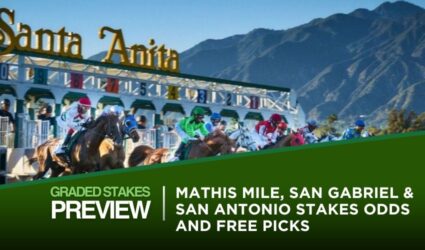 Christmas is here and that means that some fantastic racing is just around the... 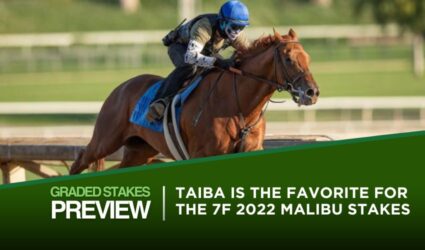 Is class enough? The dual G1 winner Taiba, a potent force over a mile-eighth...