Horse Racing in the UK has always been a highly distinguished sport and viewing experience. It is the longest established and the second-most popular spectator sport in England, coming only behind football. Approximately six million people attend the horse races each year in Britain alone.

Horse Racing is a sport that many fans enjoy placing bets on and, thanks to the constantly changing horse racing odds, a carefully calculated and well-timed punt can make for an even more thrilling event on the racecourse itself. Adding a little extra to the racing experience besides its cultural traditions and historical importance.

UK Racing brings people from all over England, even high society members such as the royal family. Horse Racing Tote brings you the must-see horse racing events for enthusiasts of the sport on the major UK horse races and racecourses.

Get the UK Racing Tips, Odds, Racecards & News for every major racecourse in the UK.

Newmarket Racecourse is a Racing Club considered the headquarters of British horse racing and it is situated in Newmarket, Suffolk. The racetrack is made up of over 60 training yards and two courses: Rowley Mile and the July Course. With race days taking place at the classic Rowley Mile Racecourse in the Spring and Autumn, and the picturesque July Course races are in the Summer.

The Jockey Club, the largest commercial organisation in British horseracing, operates the two racecourses. Both the Rowley Mile and July courses host first-class action throughout the summer, including two of Britain’s five Classic Races: the Qipco 1,000 and 2,000 Guineas, and numerous other Group races. In total, 9 of British racing’s 35 annual Group 1 races are run at Newmarket Racecourse.

The Rowley Mile was named after Old Rowley, Charles II’s favourite racehorse, and is best known for hosting a number of Group 1 races, from the QIPCO 2000 and 1000 Guineas at the start of the season to the Dubai £500,000 Cesarewitch in October. The July Course is the setting for the hugely popular Moet & Chandon July Festival, as well as a number of racing and music nights during the summer months. Both tracks have a capacity of just over 20,000.

UK racing at Newmarket racecourse dates back to the early 16th century and the reigns of James I and Charles II, who was known to attend races on the Heath. Until 1744, the two most valuable races run at the course were the King’s Plate and the Town Plate.
Newmarket is widely regarded as the home of Flat racing due to the town’s rich history in the sport.

Newmarket is where the foundations of racing, as we know it, were first put in place, when in the 17th century, Charles II gave one of his nicknames (‘Old Rowley’) to the Rowley Mile. The racecourse is also the site of where the Jockey Club was founded, and where the weight for age system (whose essentials still remain valid today), were devised by Admiral Bentinck in the 1850s. With such breakthroughs as this occurring at such regular intervals, Newmarket is perhaps the only town on earth that owes its existence to racing.

Every year, races are run on the most historic stretch of turf in horse racing, where equine champions have been crowned for centuries. The likes of Nijinsky, Mill Reef, Dancing Brave, Sea the Stars and, of course, Frankel have all graced the Rowley Mile turf. With the Group 1 Falmouth Stakes and July Cup, The July Festival is its pinnacle event in terms of racing but way from the action on the track, the July Course’s music nights are renowned for being the best of its kind.

Royal Ascot Racecourse is a famous thoroughbred horse racing English race track, in Berkshire, England. It is one of the leading racecourses in Britain hosting nine of the UK’s 32 annual Group 1 races. Ascot is closely associated with the British Royal Family as it all started within them. And it is located approximately six miles from Windsor Castle.

Royal Ascot Racetrack has a 300-year story of racing that begins in 1711. A major event on the British social calendar, since Queen Anne put the idea into motion to pursue her love of horse racing. Herself being an equestrian sports fan, her idea came across a clearing that looked perfect for racing while taking a carriage ride through the forest near Windsor Castle. The annual race meeting, which occurs each June, remains a heady mix of pomp, tradition, fashion, class distinction and, of course, sport.

Racing returned to Ascot in 1720, after the death of Anne, since it had faded as King George I despised all sports. But it soon became one of Britain’s most famous racing venues. King George IV initiated the first royal carriage procession on the track in 1825 and the tradition has continued ever since.

Every year Royal Ascot is attended by HM Elizabeth II and various members of the British Royal Family, arriving each day in horse-drawn carriages. The Royal procession takes place at the start of each race day, and the Queen’s Royal Standard is raised. The Queen, the Duke of Edinburgh, Prince Charles, the Duchess of Cornwall, Beatrice and Eugenie arrived together in horse-drawn carriages to celebrate the event’s 300th year.

Britain’s most popular race meeting attracts the world’s finest racehorses, jockeys and trainers for five days of top-class racing. In three centuries, Ascot has built up a remarkable history as one of the finest in the world. Yet to keep pace with developments in the sport, and provide the best facilities for racegoers and jockeys.

This annual horse racing festival at Ascot currently stages 26 days of racing over the course of the year, comprising 18 flat meetings between April and October, and 8 jump meetings between October and March. The Royal Meeting, held in June each year, remains the highlight of the British summer social calendar.

Royal Ascot is also an attraction for those who like to bet. There are stationary desks and mobile kiosks scattered inside the clubhouse and throughout the park to place bets on UK’s most prestigious racing event.

As well as stunning views of the racecourse, spectators have visual and physical access to the parade ring, now moved to the front of the grandstand to create a central focus for race days that gives spectators a chance to engage with the pre and post-race ceremonies.

Royal Ascot Racecourse is the most valuable race meeting in Europe, and Britain’s most popular, welcoming approximately 300,000 visitors across the five days of the festival. 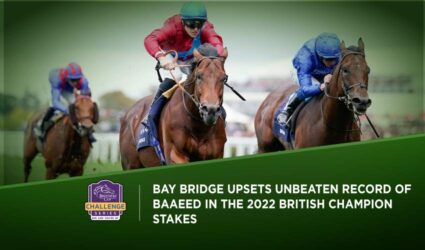 Two shock results dampened the celebrations on 2022 British Champions Day at Ascot on... 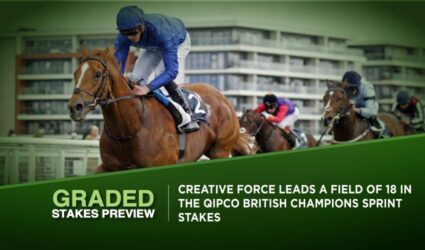 One of the most eagerly anticipated fixtures of the British racing calendar is upon... 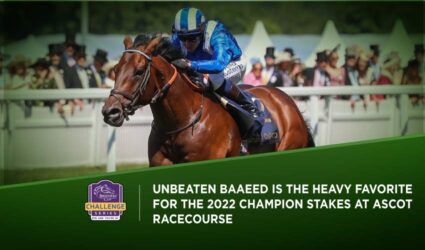 The Champions Day showpiece at Ascot on Saturday is one of the highlights of... 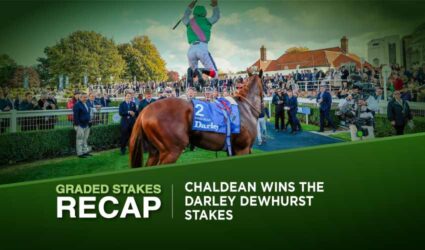 The big flat races from all across Europe are continuing to come thick and... 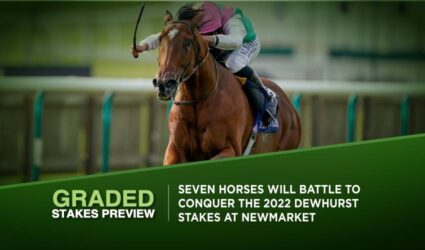 This Saturday will see the most prestigious 2-year-old race in the UK take place... 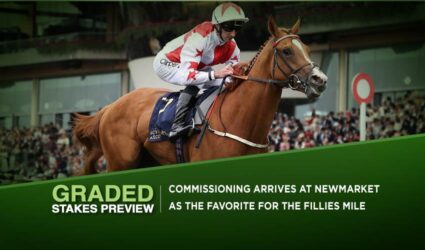 With the UK flat season ending, the last of the season’s big races are... 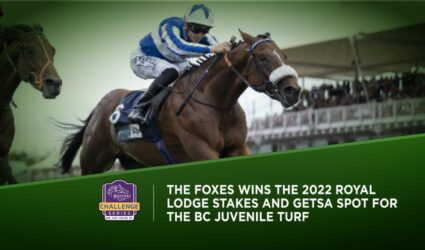 With the flat season winding to a close, Saturday’s card was one of the... 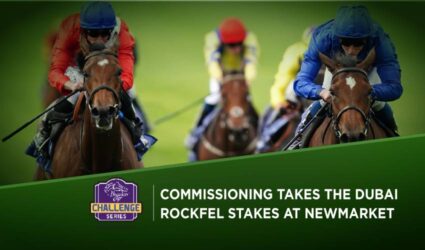 Commissioning takes the Win and You’re In Rockfel Stakes

This past Friday saw the second day of this year’s 3 day Newmarket Al... 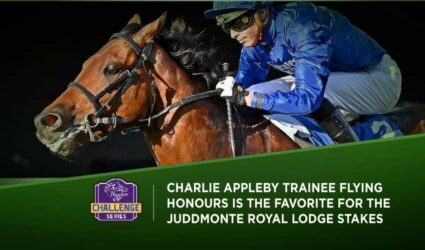 This Saturday sees a fantastic card being run at the home of UK racing,... 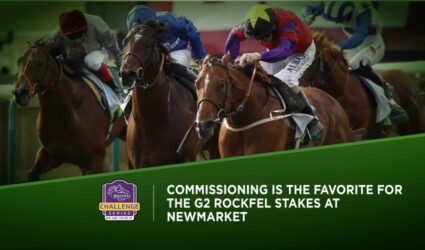 This weekend see’s the return of some top quality racing in the UK with... 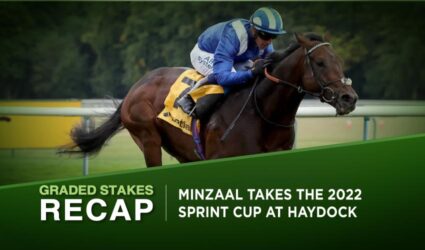 The headline race of the day this past Saturday at Haydock was the 2022... 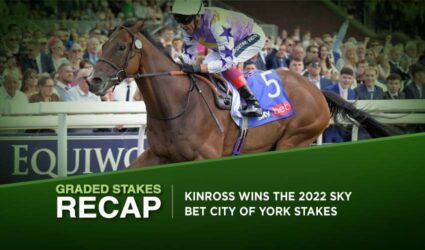 The final day of this year’s York Ebor Festival was headlined by the Sky...