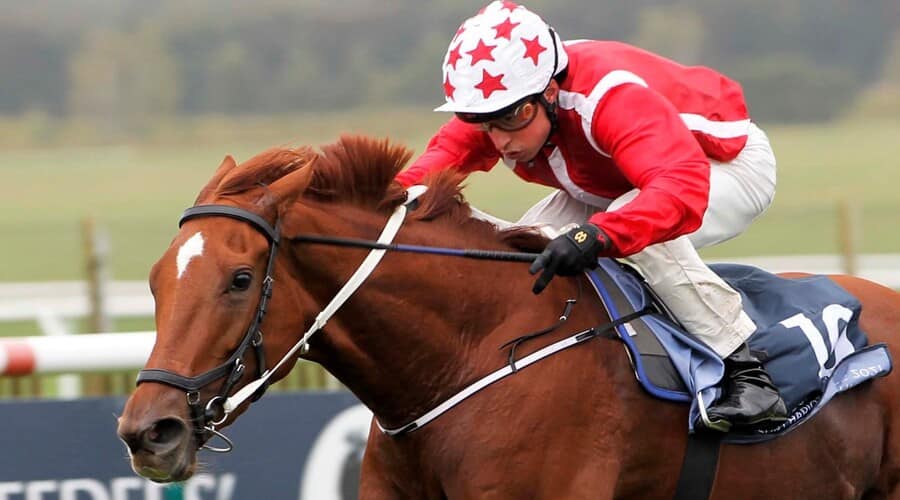 Jane Chapple-Hyam admitted it was “extra special” to win her first Group One at Newmarket after Saffron Beach exacted her revenge on her QIPCO 1000 Guineas conqueror Mother Earth in the Kingdom Of Bahrain Sun Chariot Stakes.

After several near misses in Group One races in the past the Newmarket trainer finally added a top level victory to her CV as her faith in the daughter of New Bay paid off with a game success in the mile feature.

Winning both her starts at the Rowley Mile as a two year old, Saffron Beach had to settle for second best in both the Nell Gwyn Stakes at the course on her return to action before finding only Mother Earth too strong in the QIPCO 1000 Guineas in May.

Saffron Beach had hinted she was back to her best after putting defeats in the Cazoo Oaks at Epsom Downs and the Falmouth Stakes at the July Course behind her with victory in the Group Three Atalanta Stakes at Sandown Park last time out.

And, racing with the far side group here, the 5-1 chance was sent straight into the lead by William Buick, a position she would go on and hold all the way to the line.

Although the Aidan O’Brien-trained Mother Earth set off in pursuit of Saffron Beach just as she did when claiming Guineas glory in May, the roles were to be reversed this time around with three lengths separating the pair at the post.

“She has trained well the last month and this was our goal a long way out. We took the Group Three in at Sandown as a confidence boost for her and it has paid off.

“I will just enjoy today and worry about the rest of the year on Monday. It is definitely extra special to win my first Group One in Newmarket as I’ve been here since I left school at 17. It has been a long time. I was a student that started at the National Stud and have worked my way through to where I am today.

“The race seemed to go like two miles not one mile. It was a hard slog that last furlong but I’m proud of her. It is good to get the Group One next to her name.

“She has knocked on the door in the Guineas and now she has gone and done it today. I’m really pleased for the connections. We knew there was a Group One for her and today was the day. You don’t mind waiting if they do it.