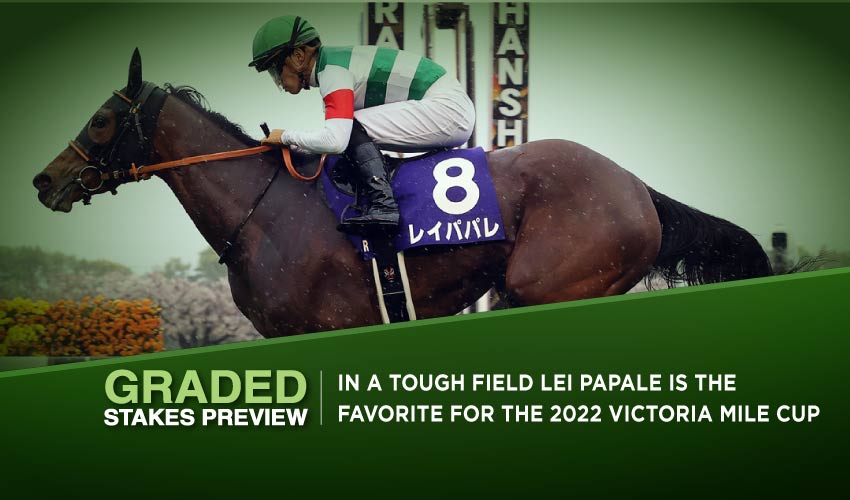 This Sunday a field of outstanding F&M are going to line up in Tokyo Racecourse for the 2022 Victoria Mile Cup. Not only will brilliant Resistencia, white Sodashi, and returnee Daring Tact clash here, but also some other interesting participants waiting for their moment in the spotlight. Four-year-old and older horses will compete in the G2 Spring Cup on Saturday.

The G2 race is held at seven furlongs and is open to four-year-old and older horses. On the turf surface, twelve of them will compete for the purse of 112,800,000 Yen, while most of it could be snatched up by four-year-old filly Meikei Yell. Trained by Hidenori Take, she has three G3 victories and one G2 triumph under her belt; moreover, she wasn’t entirely without a chance among the G1 company.

Meikei Yell focused on the trip of six furlongs in her recent outings, including the G1 Takamatsunoiya Kinen, where she ran in fifth. Still, in the past, she had no problem with covering the additional furlong. Although she will meet some exciting rivals on Saturday, she seems classy enough to achieve another G2 victory here; moreover, she’s in form.

The most serious threat for the filly could emanate from the G3 Lord Derby Challenge Trophy that saw a triumph of four-year-old colt Time To Heaven who has tried to succeed at various distances but has never really looked like a sprinter.

He delivered respectable performances at the mile and a quarter and a mile-long trip on which he scored the mentioned G3 race, but on Saturday, Time To Heaven will hit such a short distance as seven furlongs for the first time. If nothing else, he seems smart enough to place here, which would probably appreciate the team around four-year-old filly Reframe.

After bagging triumphs in Class 2 and the Stakes scene, she just looked like a promising Graded winner in the making; however, she showed basically nothing of the sort in the Lord Derby Challenge Trophy when finishing down the field. Although it was a disappointing run, she deserves one more chance, but the company could simply be too tough for her as the field also comprise Shine Garnet and Sky Groove.

The former entered the season with second place in the G3 race and could improve to become a proper Graded participant, while the latter has one G3 success under the belt.

Even though she recorded it in 2020, she suggested in January that she could be a vital player at the stage in this season. She finished second to Meikei Yell after all.

Meikei Yell, who has shown the most class of all participants and should be in fine form currently.

The Victoria Mile is a Win & You’re In race part of the Breeders’ Cup Challenge Series that will be held this November 5th & 6th at Keeneland, the winner will earn a spot in the Filly & Mare Turf Division

This highly-treasured gem of the Japanese season welcomes eighteen four-year-old fillies and older mares, among which we find true stars. Vying for the purse of 248,000,000 Yen, the competitive field will clash at the distance of a mile on the turf surface, while it was quite difficult to pin-point exactly five participants with the strongest claims to strike to race.

Some of the fillies and mares displayed a fine hint of form in their most recent outings at the Graded scene; still, we’ll focus on the most renowned contestants here as the Victoria Mile saw victories of outstanding runners in the past years – especially, Almond Eye and Gran Alegria. Despite her lacklustre performance in the G1 Takamatsunomiya Kinen, five-year-old Resistencia deserves to be mentioned as the first one, given the Takeshi Matsushita bound mare is a G1 scorer.

On five occasions, she finished second in the G1 company. Even great horses can have weaker moments, so when she entered the season in sixth place and recorded the same place in last year’s Victoria Mile, she needs to be considered here. In 1000 Guineas 2020, Resistencia took second behind Daring Tact, who then completed the G1 hattrick by scoring the Shuka Sho.

Subsequently, she ran another blinder in the Japan Cup as she finished third. In 2021, the Haruki Sugiyama trained mare hit the track only twice, and collected places in both the G2 Kinko Sho and G1 Queen Elizabeth II Cup. Although Daring Tact hasn’t run at such a short distance since her Classic victory, she is definitely a victory candidate. She just might need one run before she returns to her best, but that’s something only Sunday race can tell.

Sodashi is another name with a resonating sound; however, after she bagged last year’s 1000 Guineas, she hasn’t scored at the G1 scene. The four-year-old white filly bagged the G2 Sapporo Kinen in front of older and high-quality rivals, but she basically showed nothing in the Japanese Oaks, the Shuka Sho, and also the Champions Cup when she tried her luck on the dirt surface.

She may have just needed some rest as in her seasonal reappearance, her effort in the G1 February Stakes was alright, finishing third. Still, she needs to improve considerably on that performance to impact Sunday’s race. Transfer from dirt to turf should help her, though, as she’s never given any indication to be a dirt specialist.

Another interesting four-year-old is Songline, who most notably took second in last year’s NHK Mile Cup and scored the G2 Fuji Stakes, but her seasonal debut also caught the eye. She travelled to Saudi Arabia and showed up at the Riyadh Racecourse, where she recorded a narrow victory over some smart performers. The distance of a mile shouldn’t bother her, and on Sunday, she belongs among the most exciting runners in the field.

The last to mention is five-year-old Le Papaile with some career lows at the end of the past season; however, she won the G1 Osaka Hai in 2021 and was second in April 2022, suggesting she’s back in form.

Songline, who delivered a great result in Riyadh, has experience with Japanese Graded races, and being just a four-year-old, she might haven’t shown everything she can do.