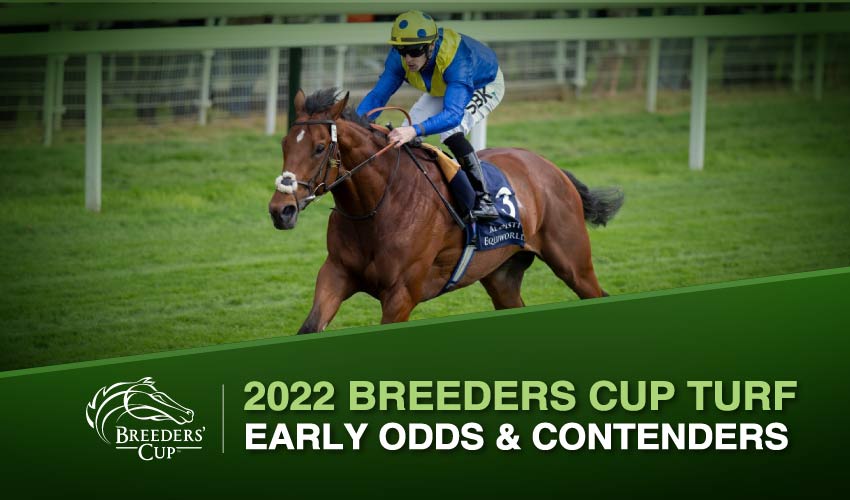 The Breeders’ Cup Turf is one of the highlights of the world championships and is a major target for European horses, who have taken the dollars overseas in 11 of the last 15 runnings. In the latest of our early looks at the Breeders’ Cup weekend, we examine the potential contenders from across the Atlantic and the leading lights of the home defense. Here our 2022 Breeders Cup Turf preview

In a race that is habitually slated for export, underlining the European superiority when it comes to route runners on the weeds, the only place to start looking for the winner of the Breeders Cup Turf is among the strength across the pond.

Last year the race went to the powerful galloper Yibir, who ran down Broome in the last few jumps to win by a half-length, but it would be fair to say that Yibir is only the third-string among the older brigade at Charlie Appleby’s barn and he has lacked zip this year, going zero-for-three. There is plenty of time for the gelding to recover his poise but his trainer may have better alternatives.

Arguably the pick of Appleby’s contenders is multiple G1 winner Hurricane Lane, who made a perfectly acceptable reappearance at Royal Ascot when third behind Broome in the G2 Hardwicke. He wasn’t hard-trained and the fast ground wasn’t ideal, and the outing will move him up a mile. His main target, however, is the G1 Prix de l’Arc de Triomphe at Longchamp a month before the Breeders’ Cup, so caution is advised. That race is also the main aim for Japanese ace Titleholder, impressive winner of the G1 Takarazuka Kinen at Hanshin last week.

Appleby’s remaining card to play is Derby winner Adayar, who has been bedevilled by minor training problems this spring and has missed a number of early objectives. He is expected to return in the G1 King George at Ascot on July 23, a race he won last year.

Last year’s BC Turf runner-up Broome was at his best when making all in the Hardwicke and his preference for fast ground may be a big plus at Keeneland. He could yet be the leading contender from Irish maestro Aidan O’Brien.

Royal Ascot also coaxed a fine display from Bay Bridge, runner-up to globetrotter State Of Rest (who is pointing towards the G1 Cox Plate in Melbourne in late October) in the ten-furlong G1 Prince of Wales’s on his first start at the top level. He goes in the G1 Eclipse at Sandown on Saturday, after which connections will ponder the wisdom of stretching him out to a mile and a half for the first time.

The best of the home defence all had their chance 12 months ago and came up short, with the veteran Channel Maker closest in fifth, Rockemperor eighth, Gufo tenth and Tribhuvan 13th of the 14 runners. A year on, a year older, there’s no obvious reason why any of them should suddenly improve into contention.

One who might is the ex-French Adhamo – a barnmate of Rockemperor and Tribhuvan – who has impressed on his three starts Stateside, particularly last time when runner-up in the ten-furlong G1 Manhattan at Belmont Park. He was comfortably beaten by Tribhuvan, but was short of racing room at a crucial stage and did well to recover the situation, finishing ahead of Gufo, Highland Chief, Rockemperor and Channel Maker. There is likely plenty more to come from Adhamo.

Follow us on Social Media for 2022 Breeders Cup Turf updates!