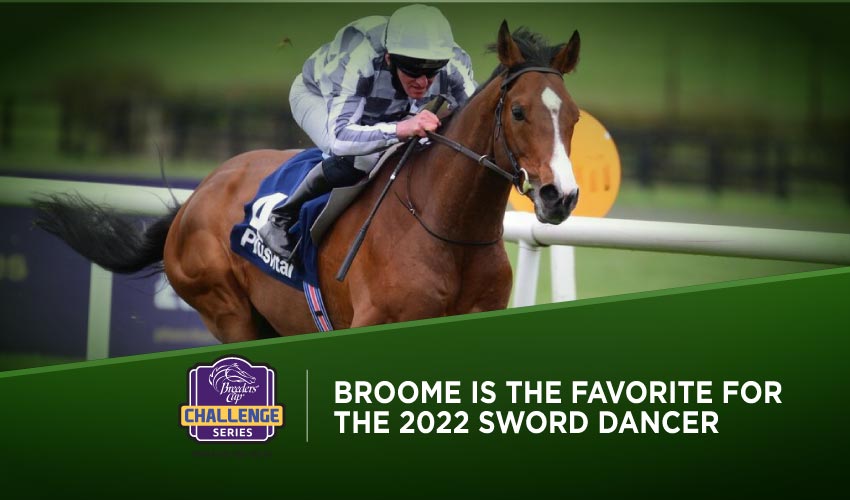 The usual suspects have been rounded up for the G1 2022 Sword Dancer at Saratoga on Saturday, with five of the first six home last year – led by Gufo – in opposition again. Irish raider Broome lends zest to the contest while Adhamo heads three contenders from the meet’s leading trainer Chad Brown.

This year’s Sword Dancer, the turf highlight on Saratoga’s biggest day in the calendar, has much in common with last year’s iteration of the race – five horses who competed 12 months ago, including the winner, up against another Aidan O’Brien-trained tourist in a race that provides a free berth into the Breeders’ Cup Turf at Keeneland on November 5.

The Irish raider this time is Broome (3-1), who locals will know well after his runner-up finish in last year’s BC Turf, when he nearly stole the race before being caught in the last few jumps. He isn’t one of O’Brien’s top-notchers but is an honest soul who relishes fast ground and goes well from the front, as he showed when winning the G2 Hardwicke at Royal Ascot in June. Given his preferences, he’ll have a strong chance.

Twelve months ago Gufo (9-2) came from last to first to steal the Sword Dancer by a neck from Irish contender Japan, with Cross Border (15-1), Rockemperor, Tribhuvan and Channel Maker third, fourth, fifth and sixth. Given that this small pool of horses runs against each other many times a year, collateral form is a red herring, and the fact that Gufo has been beaten in G1s on his last three starts is more valid.

Last time out he ran fifth in the United Nations at Monmouth Park over a mile and three-eighths, two and three-quarter lengths behind the progressive Adhamo (7-2), who appears the best of Chad Brown’s trio of entries. That was a career-best for the ex-French Adhamo, who has taken a little time to find his feet in the US, and now that he has done so may be ready to show us more.

His barnmate Tribhuvan (5-1), a front-runner who got it all his own way when winning the G1 Manhattan at Belmont Park by three and a half lengths, with Adhamo, Gufo, Rockemperor and Channel Maker in arrears, is, like Broome, a force when the cards fall right but consistency is an issue. The third Brown runner is Rockemperor (8-1), another in-and-out type who was very much in when winning the G2 Bowling Green here over a mile and three-eighths last month.

The admirable Channel Maker (8-1), winner of this two years ago, is not the horse he was but still had sufficient zip to win a stakes at Belmont over today’s distance by a neck from Gufo’s barnmate Soldier Rising (15-1). He would be a hugely popular winner but it’ll be tough for him to make it stick in this hot contest, while this distance is likely out of reach for G3 winner Mira Mission (15-1).

This is more about who is in form rather than who has the best form, and ADHAMO is the choice given his career-best G1 success on his most recent start.

Follow us on Social Media for more 2022 Sword Dancer updates!