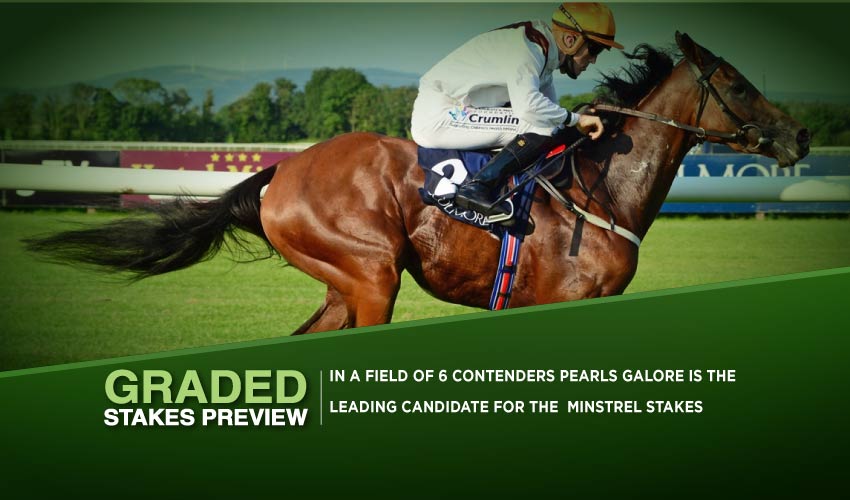 This Sunday all eyes will be focused on the Curragh for a truly wonderful day of racing. With a host of graded action throughout the card, we preview two of the best Group 2 races of the day, the Minstrel Stakes and Kilboy Estate.

The Minstrel Stakes has been won by some of the very best trainers in Irish racing and once again some top-class horses will be lining up to take home this Group 2 contest.

Looking to win this race for the second year in succession is Order of Australia. Trained and ridden by the famous combination of Aidan O’Brien and Ryan Moore, Order of Australia is looking to follow in the footsteps of Romanised and Gordon Lord Byron as recent duel winners. A classy horse, he is now five but has some great form in the book which includes a win in the 2020 Breeders’ Cup Mile.

He has only had one run this season, but the run was promising, as he finished third in the Queen Anne Stakes at Royal Ascot. This would have been a race that O’Brien would have targeted and it will take a good horse to beat him.

Second favourite for the race is Dr Zempf. At just three, he is two years younger than Order of Australia and is a horse loaded with potential. He has had three runs this year which includes two victories – his last being a comfortable Grade 3 success. If he can replicate that form here he has a great chance of netting his first Grade 2 victory.

Rounding off the top three in the betting is the Paddy Twomey trained Pearls Galore. He has run twice this year and won on both occasions. His last win was impressive as he won the Group 2 Lanwades Stud Stakes comfortably. His form is red hot and he could be a tough nut to crack.

Behind the top three comes the J.F Levins trained Prisoner’s Dilemma. The oldest runner in the race, the six-year-old has a bit to find in comparison to some of his rivals. Campaigned primarily in Ireland, he has two runs in the book so far this season and he has finished first and second. This however is a step up in class and it will take a career-best effort to win.

Towards the bottom of the betting, you will find the Jessica Harrington trained Real Appeal. Real Appeal needs to step up on his two fifth-place finishes this season. A Group two winner in the past, he could be the value play of the day at a bigger price.

It’s always difficult to oppose a red hot Aidan O’Brien favorite but in Dr Zempf we will take a chance. At just three, his best days are still ahead of him and he could take this opportunity in winning this Grade 2 race in his stride. It should be a great race but we fancy Dr Zempf to just get his head just in front.

Nine will head to post for this year’s Kilboy Estate Stakes and it looks to be a fascinating contest. This race will see several English raiders cross the Irish Sea in the hope of bringing this valuable prize home.

In a tight-looking betting contest, the current favourite for the race is Purplepay. Trained by the excellent William Haggas and ridden by multiple Group One winner Tom Marquand, Purplepay should be the horse to beat.

She has one win from her three starts so far this season but found the Grade One Pretty Polly Stakes too hot to handle. A winner of a Group 2 in France earlier this season, a return to these calmer waters should suit and she looks sure to go well.

Closely behind Purplepay are two of the three Aidan O’Brien trained horses, Lily Pond and Galleria Borghese. Stable jockey Ryan Moore takes the ride on Lily Pond but it looks like she has a bit to find.

She has had three runs this year and is yet to win any of them. A second and a third-place finish in two Group 3 contests do offer some promise, but she looks like she has a lot on her plate to reel in the favourite.

The second of Aidan O’Brien’s runners is Galleria Borghese. She has had six runs so far this season and has two wins and two second-place finishes. Whilst this race represents a step up in class, she has got the job done nicely in her wins this season and could be a real contender.

Sir Michael Stoute has had a great season having trained this year’s Derby winner. Representing Stoute is Potapova, who returns to turf following a brief spell on the dirt.

To win the race she will need to produce something special but she could capitalise on any mistakes that the favourites make.

At a price, One for Bobby could be a horse to keep an eye on. A winner of two of her three starts this season, she finished someway behind rival Galleria Borghese in her last appearance. It was a poor run that day but doesn’t immediately count her out. She knows how to get her head in front and could be one to watch.

This should be a cracking race and is very hard to call. William Haggas knows how to ready a horse for the big occasion and in Purplepay he has a live contender. A proven winner at this level, it will need to take something really special to beat her.