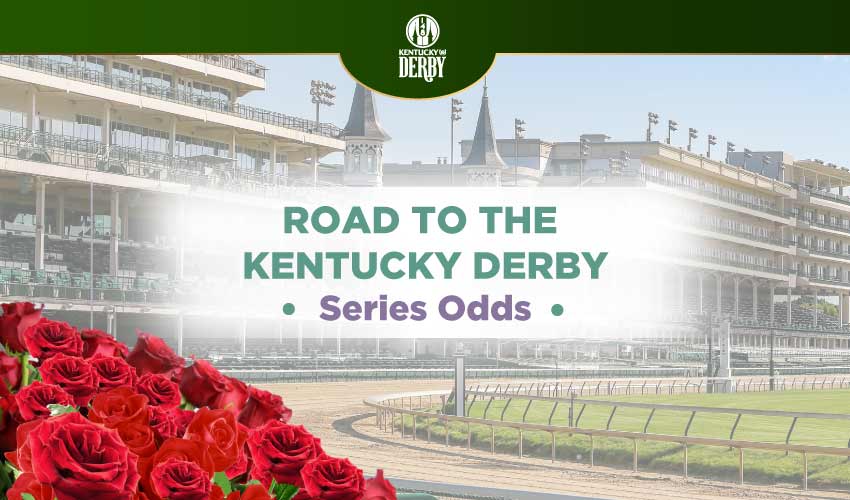 The Road to the Kentucky Derby series is in a slight hiatus at the moment, with the next qualifying race staged on January 22. Last week we looked at the leaders in the future-book market, but here we examine the credentials of the ‘second-division’, less exposed contenders who could very easily spring to stardom in their next race.

Only two Kentucky Derby winners did not race as two-year-olds – Apollo (1882) and Justify (2018) – so it is statistically almost certain that we have already seen this year’s Derby winner on the track. No three-year-old has yet produced a definitive performance – and trainer Bob Baffert’s horses are currently ineligible – so there is plenty of opportunity for horses at long odds to come through from further down the pecking order.

Perhaps such a horse is Cyberknife (50-1), trained by Brad Cox, who last year sent out the second (Mandaloun) and fourth (Essential Quality) at Churchill Downs in May. Cyberknife got off the mark at the third time of asking over a mile-sixteenth at Fair Grounds in late December, going clear at the top of the lane and hanging on gamely in the last few jumps.

The Gun Runner colt was stretching out for the first time there and should continue to move up, with the Grade 3 Lecomte back at the Fair Grounds (Jan 22) or the Grade 3 Southwest at Oaklawn Park (Jan 29) potential targets.

Todd Pletcher has a barnful of possibles with one of the most interesting being Emmanuel (50-1), whose cantering victory on debut over a mile at Gulfstream Park last month sent him into every notebook. He missed the chance to further his education when spiking a fever last week, but a similar showing in an allowance – or better – next time out could see his Derby odds tumble.

A similar type is barnmate American Icon (65-1), another son of Gun Runner and a winner on debut at Gulfstream, this time over seven furlongs and by eight and a half lengths. Pletcher may find him an allowance next or pitch him straight into Graded company. His stablemate Dean’s List (60-1) is unbeaten in two, both at Gulfstream, and showed that he was both blessed with guts and talent and ready to move up when scoring over six furlongs last week. Longer distances are likely to suit him.

Another Gulfstream player is Simplification (60-1), who has run at the Miami venue on all four starts and took down his stakes-race rivals in style on New Year’s Day, going gate-to-wire for a four-length victory over a mile. He looked good stretching out there and trainer Antonio Sano is thinking about the Grade 3 Holy Bull back at Gulfstream (Feb 5).

Two races before American Icon’s win at Gulfstream, the Bill Mott-trained Galt (75-1) broke his maiden at the third attempt, winning going away by three lengths over a mile-sixteenth. That was his first start without blinkers, and this brother to nine-time Grade 1 winner Songbird will be worthy of close interest when he reappears, likely in an allowance.

Keep an eye out for Love

From the sunny south to the frozen north, where trainer Mark Casse already has Road to the Kentucky Derby points leader Pappacap (35-1) heading for the Lecomte. The BC Juvenile runner-up is not Casse’s only contender, however, as he also has the flashily named God Of Love (60-1) on course to gather points in the Grade 3 Withers at Aqueduct (Feb 5).

It’ll be the first awayday from Woodbine for the Cupid colt, who came home strongly to win the Grade 3 Grey over a mile-sixteenth on the all-weather surface at the end of November. God Of Love has never tried dirt on the track but has trained well on it. His barnmate Golden Glider (75-1) is highly thought-of and took his record to two-for-two when winning an allowance optional claimer over a mile at Tampa Bay Downs last week. The Grade 3 Sam F Davis (Feb 12) at the same venue is his next target.

A potential Withers rival for God Of Love is Courvoisier (75-1), winner of a stakes over a mile at Aqueduct on New Year’s Day, the well-bred son of Tapit’s second successive victory at the Big A. Runner-up Smarten Up and third-place Cooke Creek are also on course to return in the Withers.

Kenny McPeek has shorter-priced Derby possibles – Smile Happy (20-1), Rattle N Roll (30-1) – but it would be wrong to write off Dash Attack (50-1) as merely a supporting actor. The Munnings colt is unbeaten in two, both at Oaklawn Park, and collected RTKD points when a dominant winner of a stakes over a mile on New Year’s Day. Plans for Dash Attack involve him sticking around at Oaklawn for the $750,000 Southwest at the end of the month.

Another trainer with more than one card to play is Saffie Joseph, who sent out Make It Big (75-1) to win a stakes over a mile at Remington Park last month, stretching his unbeaten run to three with a gritty stretch run for a half-length score. The Neolithic colt is expected to stay close to home in Florida for his next start, with the Holy Bull a possibility.

That race could also be the target for barnmate White Abarrio (75-1), who lost his unbeaten record when third, closing all the way to the wire, behind Smile Happy in the Grade 2 Kentucky Jockey Club at Churchill Downs in November. The Holy Bull will come too soon for stablemate AP’s Secret, winner of an allowance optional claimer over a mile at Gulfstream on Sunday, but the Grade 2 Fountain Of Youth back at Gulfstream (Mar 5) is an option.

On the other coast, Sir London (60-1) may have beaten nothing at all but was incredibly impressive when breaking his maiden by ten lengths over a mile at Los Alamitos last month. Trainer Simon Callaghan is reportedly aiming the Malibu Moon colt at the Grade 3 Robert B Lewis at Santa Anita (Feb 6), which may also be the next target for Grade 2 Los Alamitos Futurity winner Slow Down Andy (45-1), although the Southwest the previous week is under consideration for the son of Nyquist.

Road to the Kentucky Derby updated odds courtesy of JazzSports

Follow us on Social Mia for instant ROAD TO THE KENTUCKY DERBY SERIES updates!