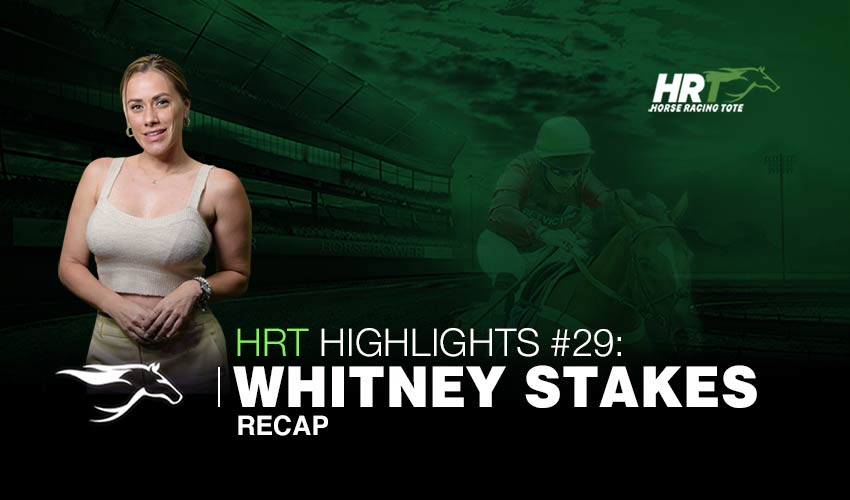 In HRT we bring the latest information about horse racing. Here are our HRT Highlights #29 that summarize the most important events during the weekend.

Life is Good broke on top and went gate to wire to win the G1 Whitney Stakes at Saratoga covering the 9 furlongs in 1minute 48.97 seconds for his eighth victory in 10 career starts under jockey Irad Ortiz Jr.

The victory for the 2021 BC Dirt Mile winner also earned him a place in the Breeders’ Cup Classic.

In 2021, Blue Stripe came to the US to run in the BC Distaff after earning a spot in a “win and Your In” event in her native Argentina.

Unfortunately, she was shuffled back at the start and managed to finish 7th.

In the G1 Clement Hirsh, jockey Hector Berrios had the five-year-old mare sitting just behind the speed and then rallied three wide turning for home and went on to win by one and three-quarters lengths.

The victory earned Blue Stripe a spot in the 2022 BC Distaff and she is currently 15/1 in future book betting.

This week’s Breeders’ Cup update focuses on the BC Turf Sprint, where two-time BC winner and defending champion in this event, Golden Pal is 5/2.

The 4-year-old Wesley Ward-trained colt is fresh off a victory in the G3 Troy Stakes where he passed horses for the first time in his career.

Golden pal is expected to make only his second start on the dirt when he goes in the G2 Phoenix Stakes on October 7th at Keeneland.

The final US start will be the BC turf sprint before possibly shipping to Australia for a final race.